Foodventure! Read what happens when the ETF bloggers get hungry while hanging out on Bangkok's Silom Soi 19.

I thought I would kick off the Bangkok Bites section of our site with one our favorite hobbies, the eat and run. Well maybe we should say eat and walk real slow–or call it the eat and wobble. This isn’t just what you do to relatives on holidays and neighbors you don’t really like, no we’re talking about a real roving meal. It’s time to take a look at what happens when the Eating Thai Food (ETF) bloggers get hunger struck with antsy feet, all while hanging out in Silom Soi 19.

Stop 1: มีดี (Mee Dee) Thai Restaurant to start the night off with a giant bowl of Tom Yum Goong. This was supposed to be the appetizer. WUPS. Not knowing it was enormous, we also ordered chicken larb (you may remember larb because Mark mentioned it recently in his post on Northeastern style Thai food) and it came with crunchy Thai-Chinese crouton thingies (ปาท่องโก๋). 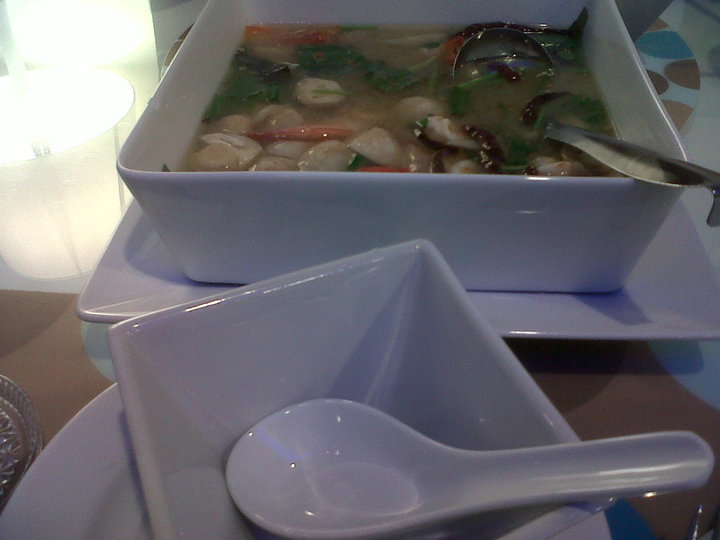 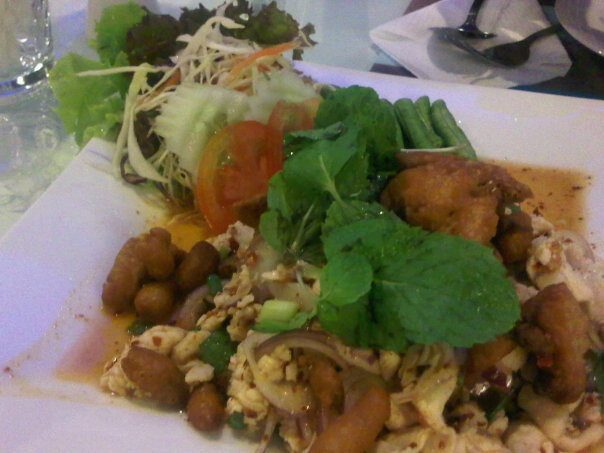 Stop 2: Pasta House, one of those Thaitalian places that has cheap pizza. The place was cute, but we’ll have to come back for the heavy stuff. On stop two through the wisdom and foresight of all-star eater and ETF blogger, Bo, we had small tiramisu cups to reinvigorate our appetites. Whatever you say Bo, don’t have to tell me twice! 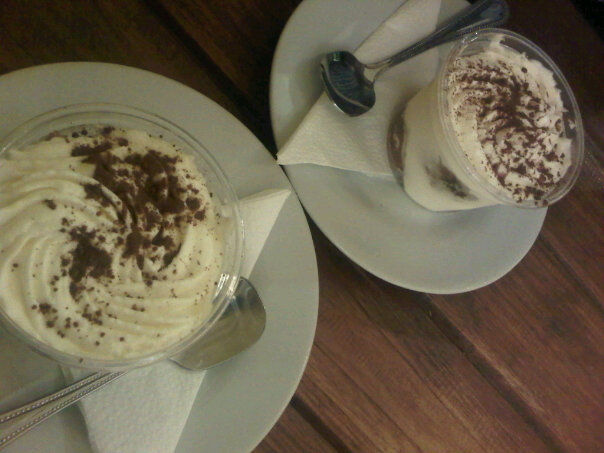 HOLD ON. Now let’s pause and take a breather here. Just want to make sure you’re still with us, because things get intense below.  Should say that all this eating was done over the course of several hours and we made no effort to make any sudden movements while seated. Had we been robbed, their surely would have been no struggle, as we would have hardly bothered to stop eating, let alone chase the opportunistic assailant.

Stop 3: Nadimos, a Lebanese restaurant where we planned to hit for hummus and anything complimentary to fill the table. By this time we were joined by friends and filled the table with food, while the conversation poured out. What did we order? More like what didn’t we order. Try these for starters: Hummus Beiruti, baba ganoush, shawarma, arayis (pretty much a quesadilla if you ask me), falafels, cheese rolls (tasty!), veggie moussaka and dolma (the tea leaf wraps you see below stuffed with vegginess). 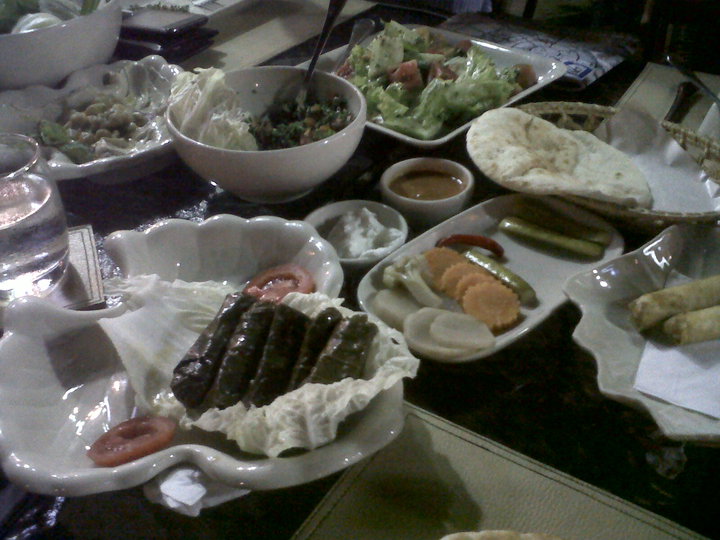 Stop 4: Something Sweet, a dessert place. Note that this is the only place on the list that’s not on soi 19. This wasn’t by plan, but we drove over to Satorn Soi 8 because there wasn’t much left open and nearby that had the selection of desserts we still craved. We were joined by Nok (one of the original Bkk fatties and soon to be ETF blogger), who helped us wash these beautiful cakes down with hot evening tea. 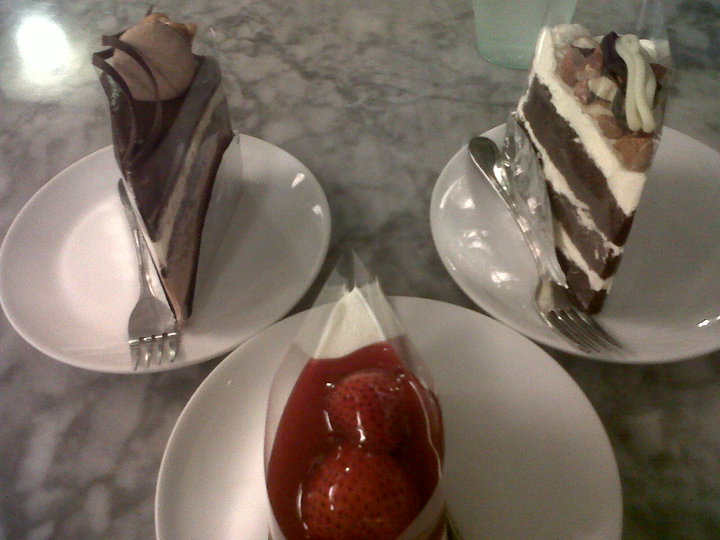 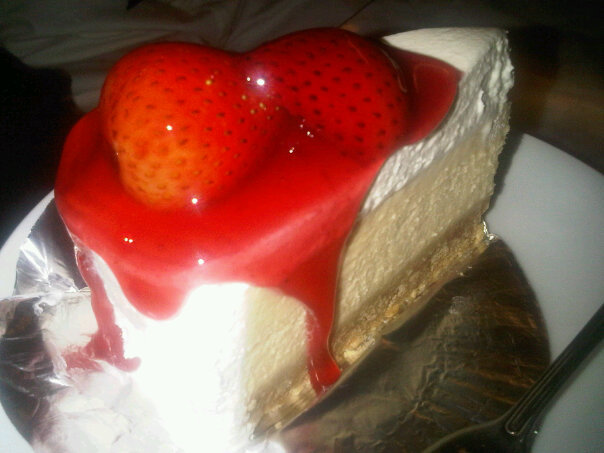 Closeup of the Strawberry Milk Cake at Something Sweet

Are ya full yet? Got an idea of what we mean by food-vent-chuuuh?! What do you think of that name?

Well, we’ll probably stick with that title for now, because mobile meals and other ideas we brainstormed, either reminded us too much of spilling things on ourselves while eating in the car or the food they bring to the elderly. By the way, there are still restaurants on the soi that we didn’t try (including a Laotian place that’s definitely on our list). So this wasn’t an exhaustive list, just our greedy wanderings. Don’t wait to get started, get out and wander into some random places to create your own belt-bulging adventure.