Thanks to everyone who came and spread the word about this event in Bangkok. Now for some gawk-worthy food photos! 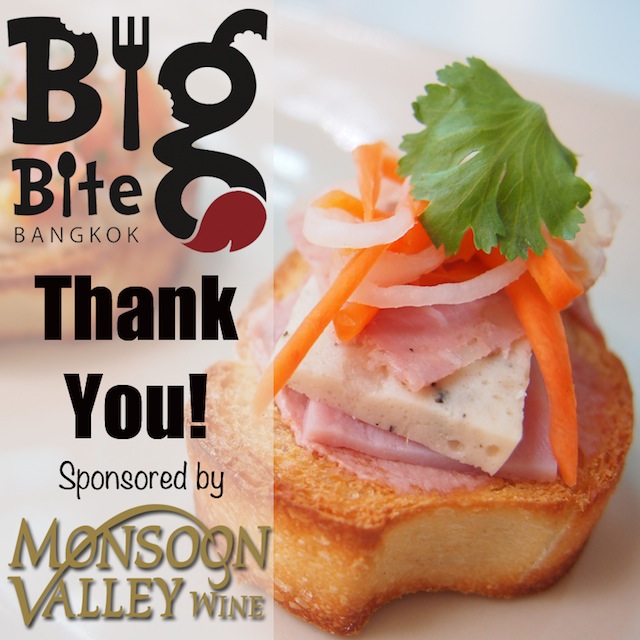 This past Sunday we hosted the biggest Big Bite yet!

Big thank you to all of the sponsors, vendors, volunteers and of course all 300+ food lovers who crowded in for an indulgent Sunday afternoon at Maduzi Hotel. 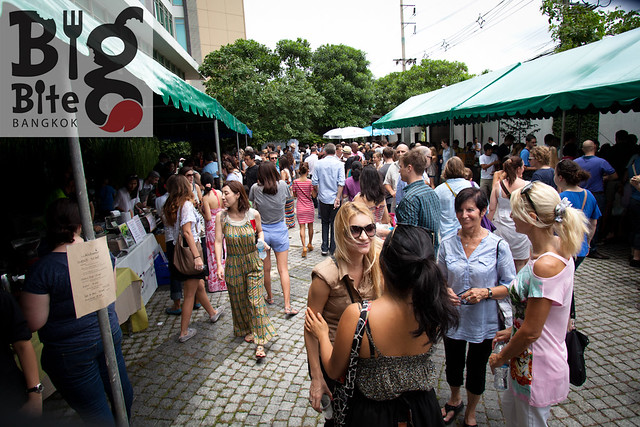 If you missed all the announcements or you’re not living in Bangkok, Big Bite Bangkok is the market series we’ve been putting on since last year.

You can read more about the event on our Big Bite Page, but basically the event is part food festival, part tasting party, and part charity fundraiser. 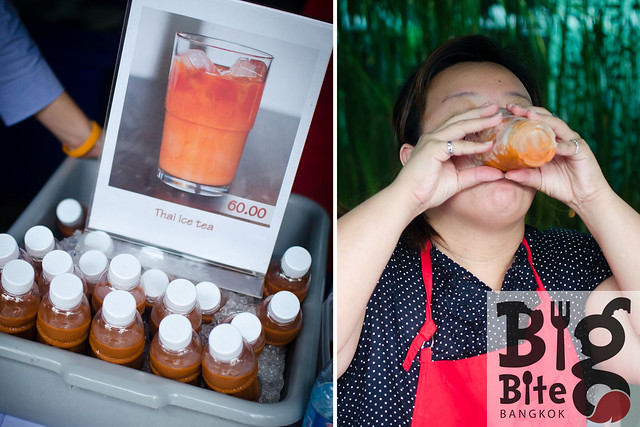 Bottoms up on this cinnamon Thai tea, yum! 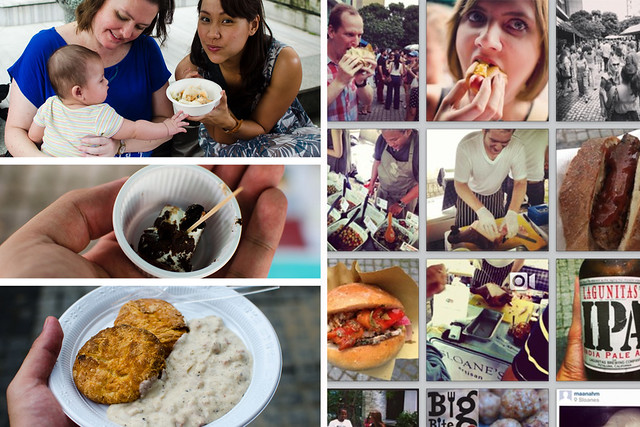 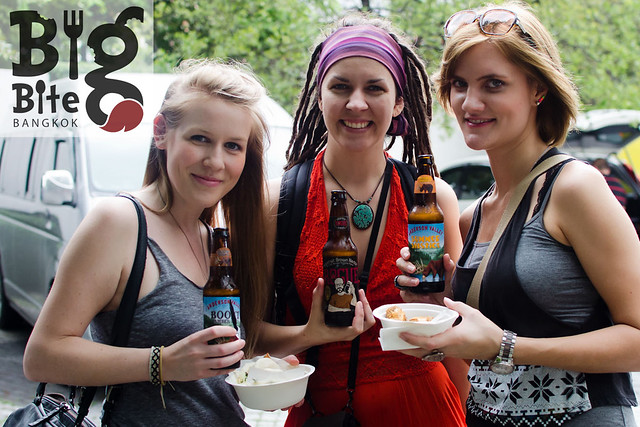 People show up mid sunday because they hungry, hungover, hunting hard to find foods or all of the above!

Here’s the full list of awesome food and drink makers who participated: 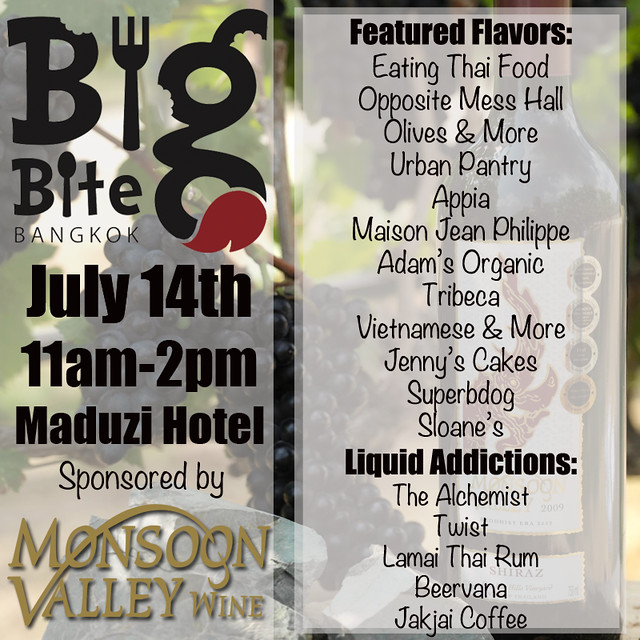 Everyone expects to be fed well and after having their fill of beer, wine, and cocktails at the event, to have friendly encounters with other mustard stained and crump covered gourmands.

What people don’t expect is a laid back, pop up market that raises more than $1000 for charity with each brief, three hour occurrence. 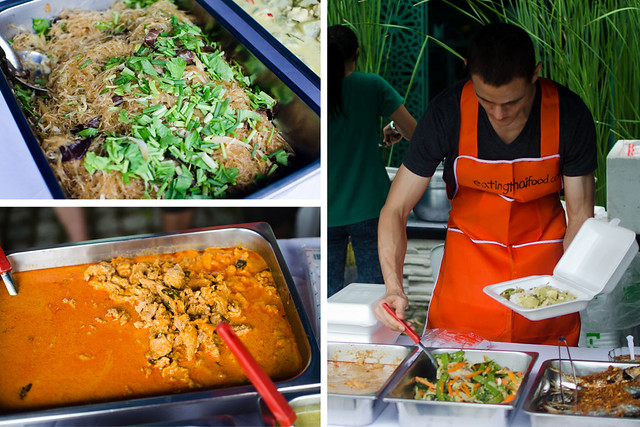 Anyone recognize this street vendor? All the profit from the sales of these Thai dishes were donated to charity. 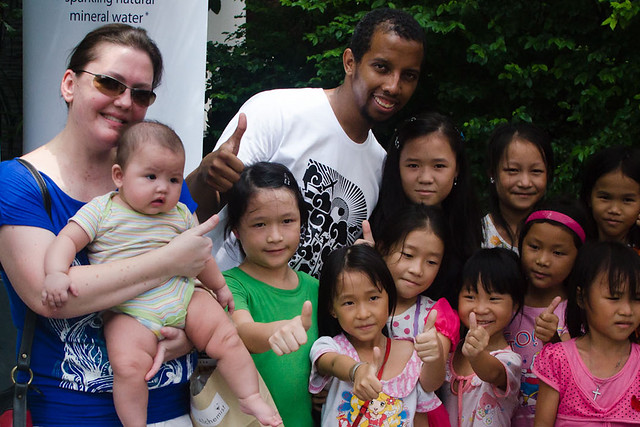 Handing with friends and a big group of our kids whose families will receive support from funds raised at the event! 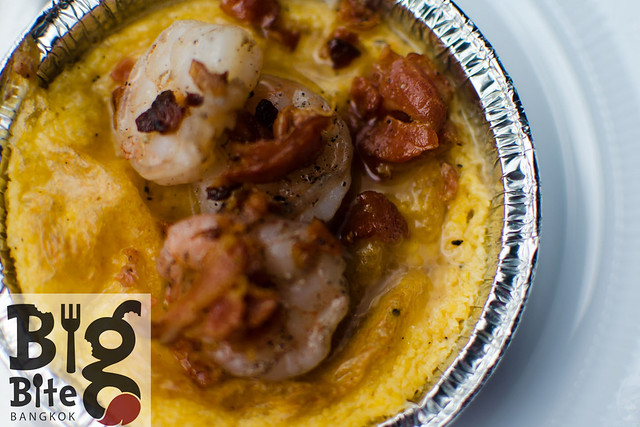 Southern Thai food was represented, so how about some southernfied American food? Urban Pantry hooked it up with these garlic grits!

In the latest incarnation we had well over 300 foodies in place and raised double what we normally raise for my volunteer charity In Search of Sanuk (with the extra help of our sponsors and vendors).

You can’t pack more WIN into a smaller space! Now here’s some photos for you to gawk at! 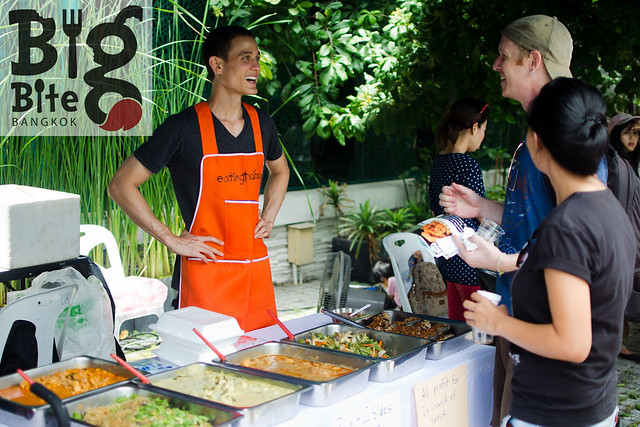 For the first time ever we had a stand for Eating Thai Food with Mark and his wife serving some awesome dishes and helping raise money! 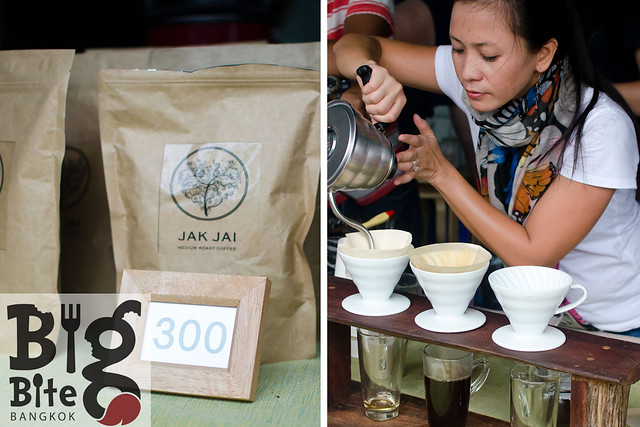 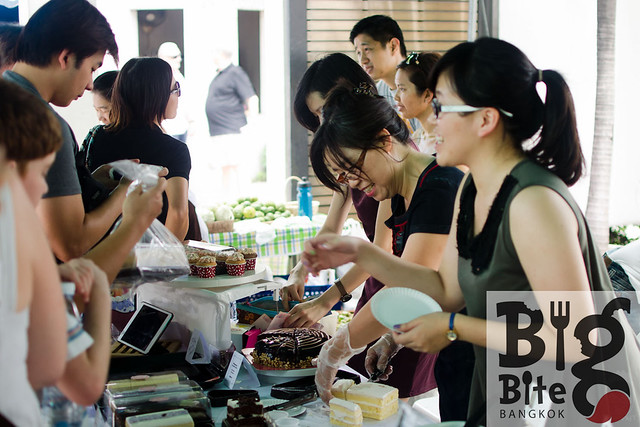 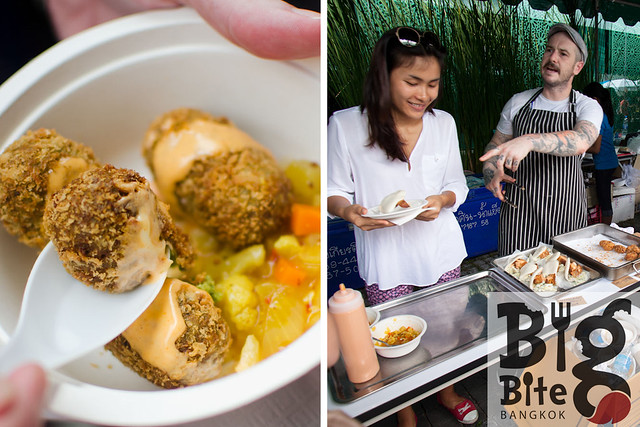 Mess Hall‘s croquettes and pork belly buns generously raised the most for charity, donating over $300! 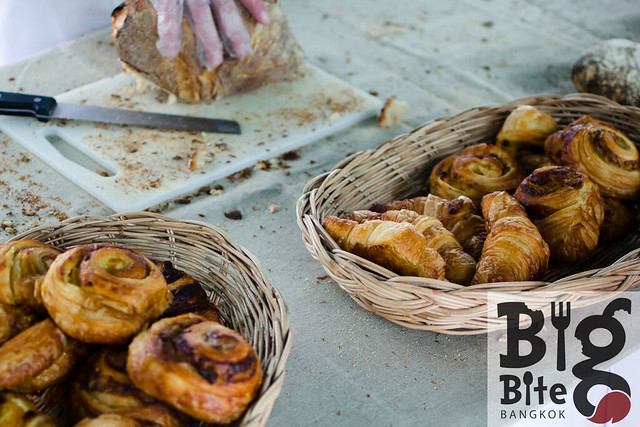 Artisan bread and pastries from Maison Jean Philippe who showed up with one giant, almost 8kg loaf to hack into pieces for people. 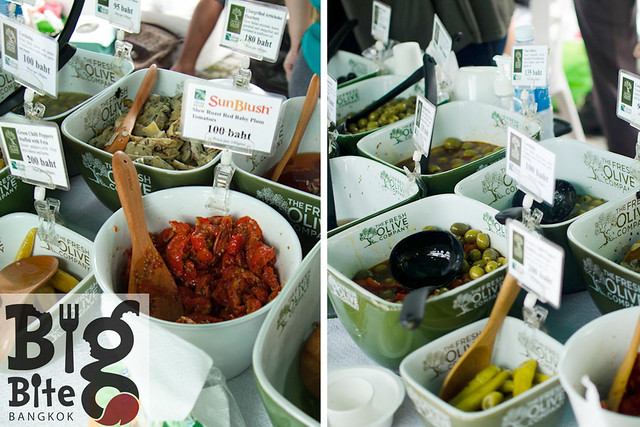 Olives & More had their olives ready for tasters and some fun options like their stuffed peppers and slow roasted plum tomatoes. 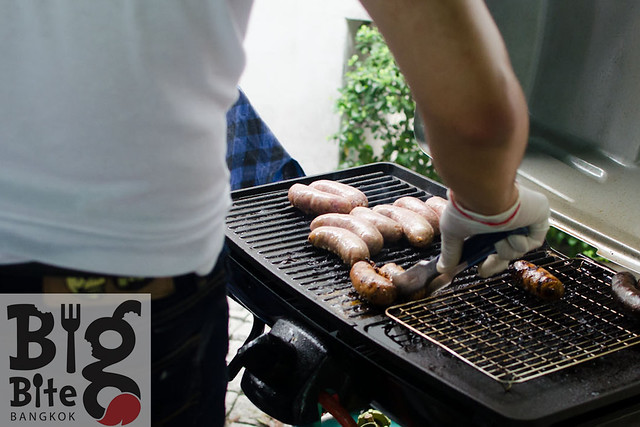 Sloane’s grill is fired up and artisan sausages were being thrown in buns. There was also some great smoked ham that I hope you didn’t miss! 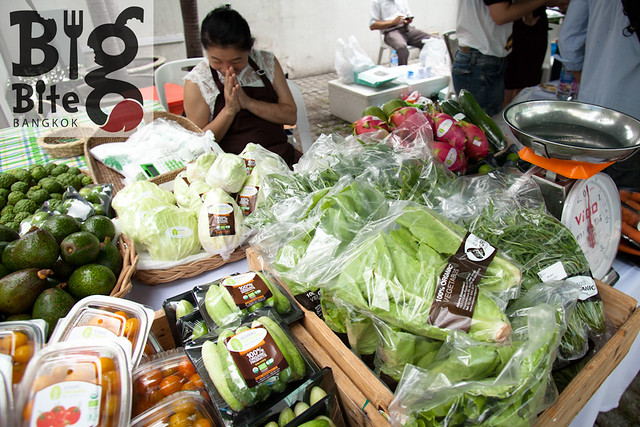 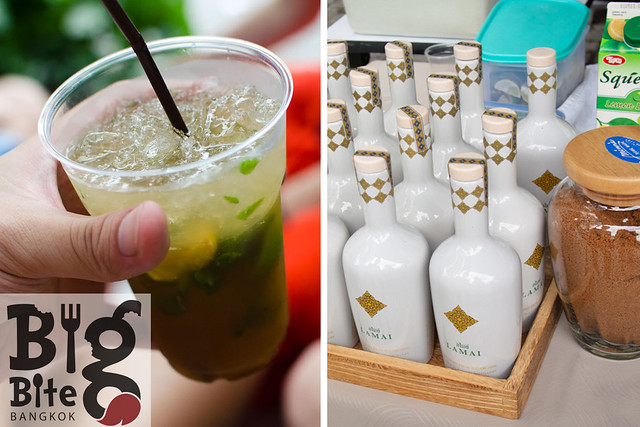 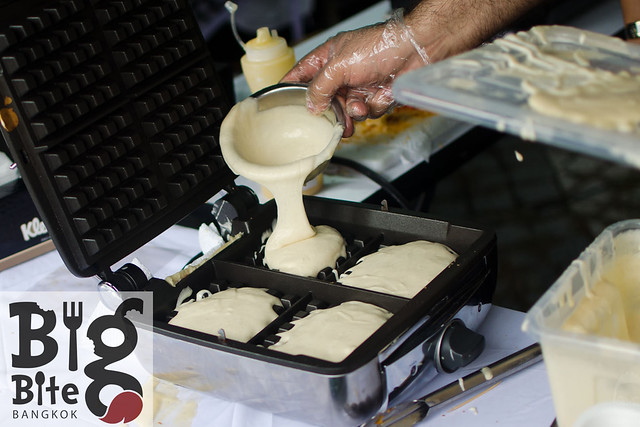 Expat traffic jam of people waiting in line for Tribeca’s freshly made chicken and waffles. 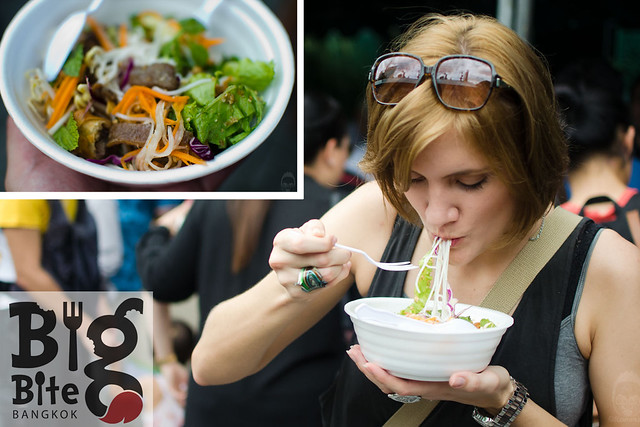 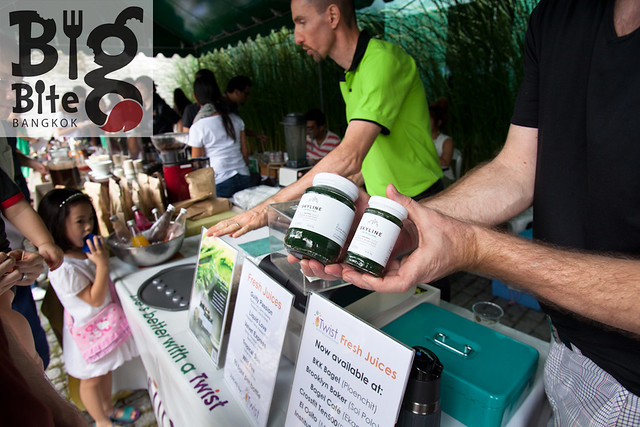 Twist’s cooling fresh juices were had the extra option of being paired with Skyline’s spirulina for an extra green health boost. 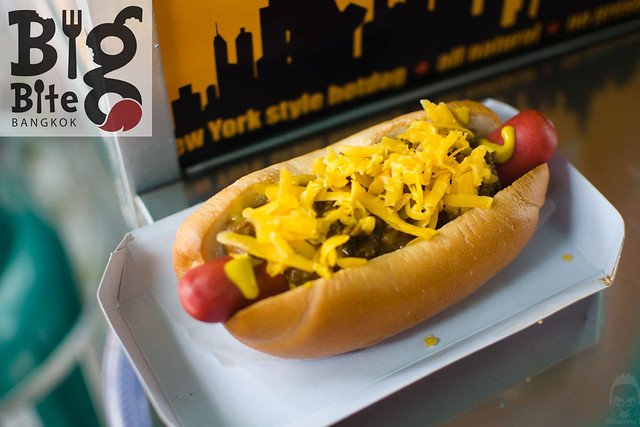 New York Style hotdogs by Superbdog made some people crazy when they sold out early! 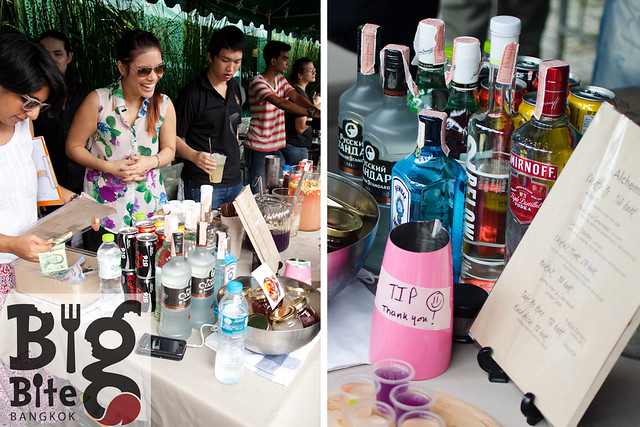 The Alchemist bar showed up and dished out over 600 shots and plenty of full sized cocktails! 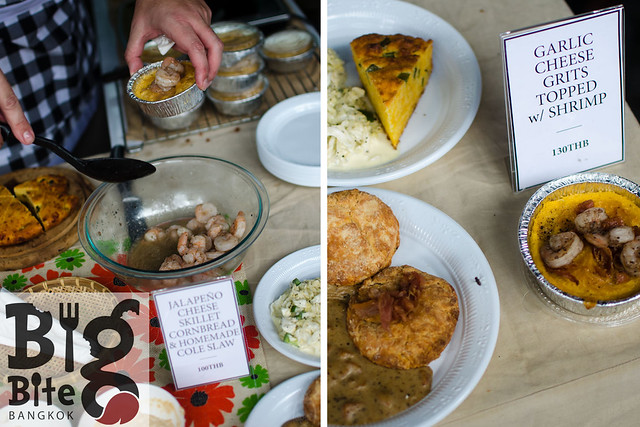 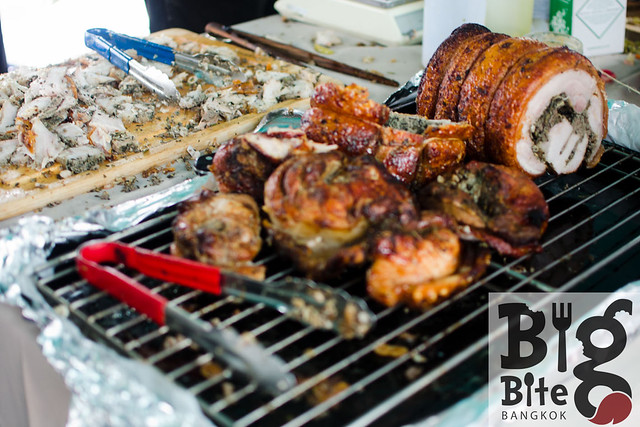 Get in line! Back with reinforcements and was the rotisserie roasted, Roman style porchetta from Appia who also made a generous donation from what they sold!

Another super big thanks goes to our sponsor Monsoon Valley Wines who were only hand doing a tasting with of their award winning wines and answering people’s questions about pairing their wines with food. 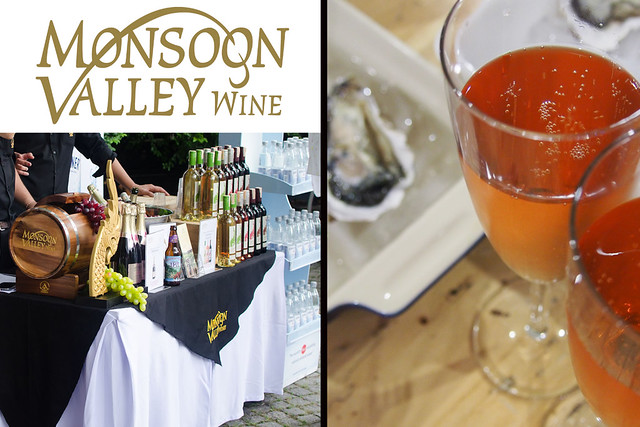 Monsoon Valley booth and enjoying the wines while relaxing afterwards!

I didn’t get to try enough of their wines during the event so I purchased a bottle of their sparkling Rosé wine and enjoyed it while I was recovering from the event.

Finally, big props to my volunteer photographers Lillian Suwanrumpha and Ramon Toralba for these awesome photos and thanks to everyone who came!