How to Eat a Giant Water Bug (Maeng Da) แมงดา 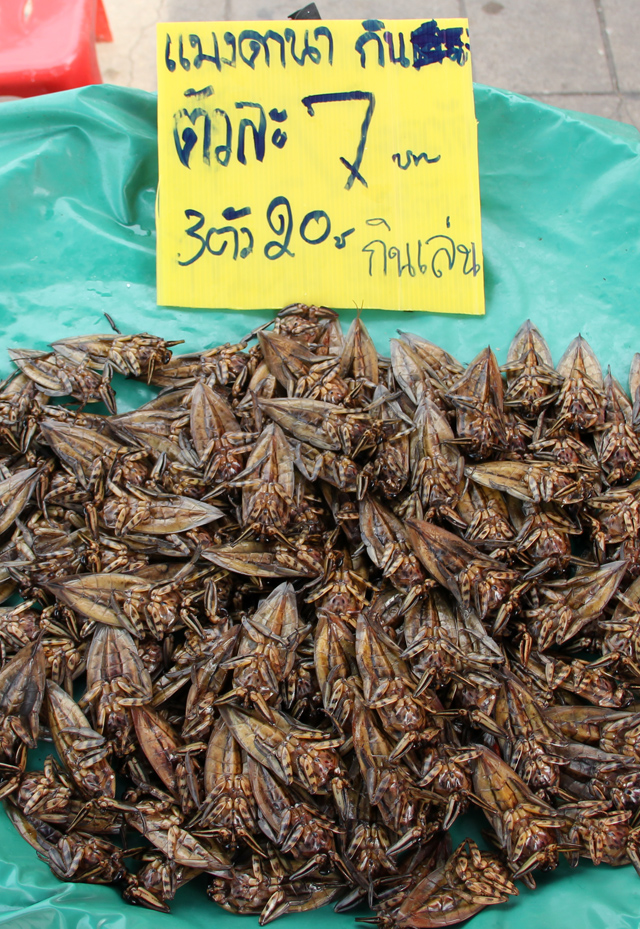 These giant water bugs, known in Thai as maeng da (แมงดา), are quite commonly eaten throughout Southeast Asia.

In Thailand their essence is mostly extracted and added to chili based nam prik sauces. However, it’s also common to consume these creatures lightly boiled or deep fried and then salted heavily.

This particular lady was proudly serving her trophy catch of the day, and I just couldn’t resist the opportunity for a nourishing snack. 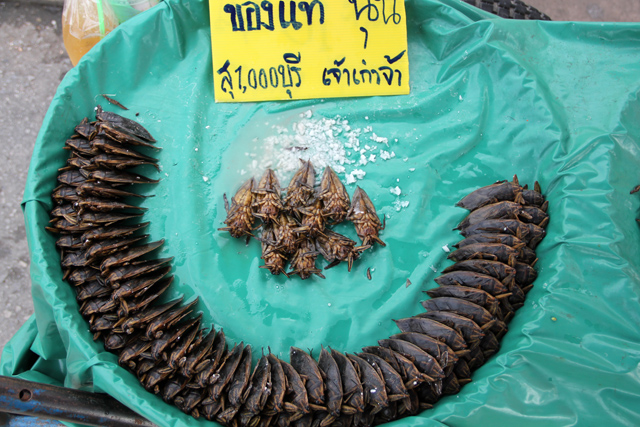 Can snacks get better than this?

Maeng da (แมงดา) giant water bugs look like giant cockroaches, except they are a little nicer looking. They are often about 2 – 3 inches in length. 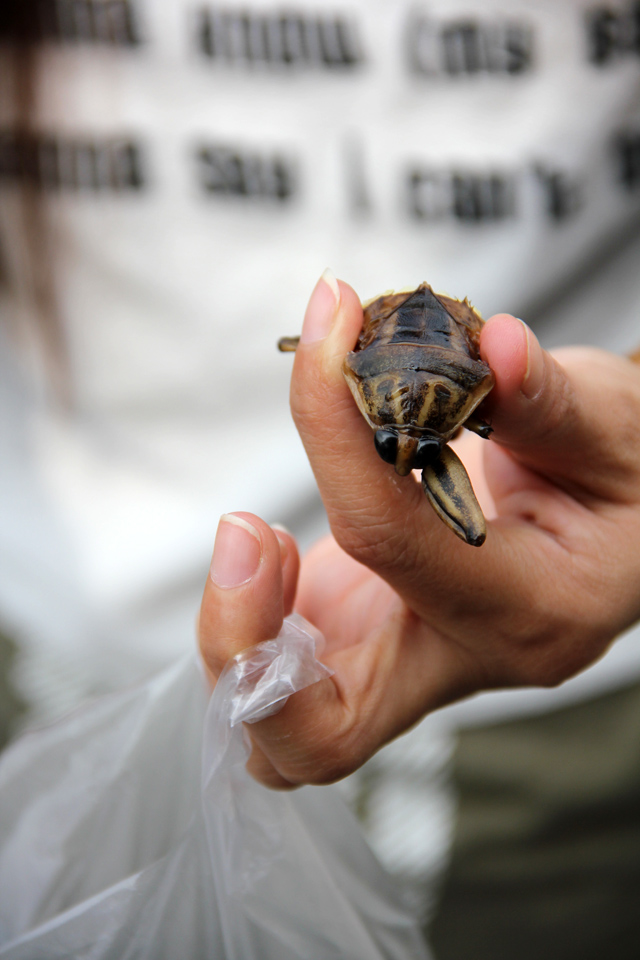 Before consuming, take off the wings

The first step is to grab a bug out of the bag.

Then, the tough and inedible wings must be detached from the body. Grab the wings, pull them off, and throw them away. 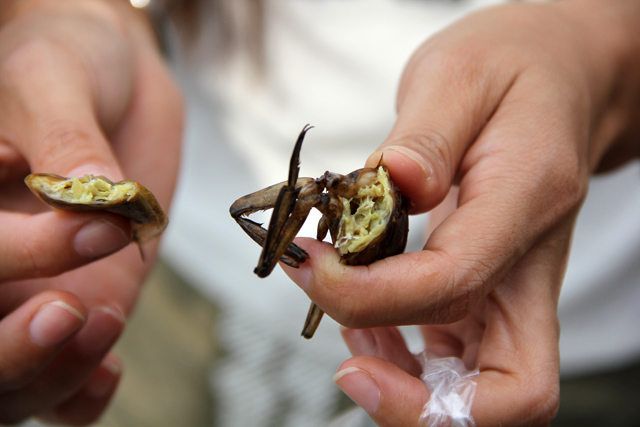 Separate the body from the head

2. Pull Off The Body

Next, you have to disconnect the body from the head.

To do this simply pull and bend until the body neatly comes off the head. You may notice some juice that oozes out as you squeeze and pull. Also, there may be a few sticky strings of saliva like juice that are extracted during this procedure.

It’s now time to eat the body. Suck all the meat out of the body, until it’s all gone.

In my opinion the bottom part of a maeng da (แมงดา) giant water bug tastes like watery scrambled eggs with a strong black liquorice flavor (characteristic of these kinds of bugs). 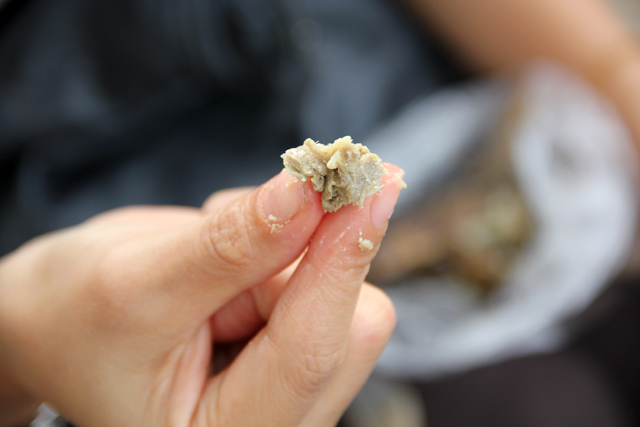 After that fulfilling bite of the body, it’s time to move on to the head.

If you can’t bite through the tough head, go ahead and use your finger to fish out the chunk of edible meat. While the body tastes like watery scrambled eggs, the head tastes like mushy crab, but with that same pungent liquorice flavor.

That’s all there is to it!

So next time you spot some maeng da (แมงดา) bugs, you can’t use the excuse “I don’t know how to eat them!”

Have you eaten them before?