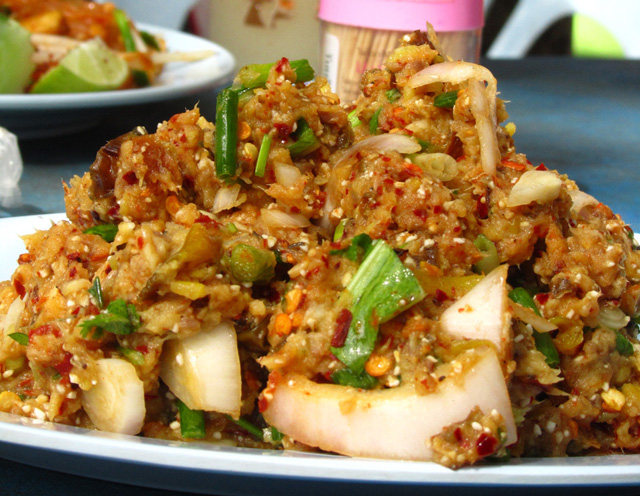 They say you shouldn’t judge a book by its cover, but it’s OK to judge an Isaan restaurant by their Larb Pla Duk (ลาบปลาดุก).

Larb Pla Duk (ลาบปลาดุก) is a Thai salad made from de-boned catfish that is mingled with a variety of tasty ingredients like lime juice, chili flakes, garlic, onions, herbs, and a dash of toasted rice that forms the basis of the attractive texture.

I have an excessive obsession with Larb Pla Duk (ลาบปลาดุก).

For quite some time now, it’s a dish I religiously order, I can’t get enough. Some Thai restaurants get it right, others fail miserably.

For me it should be made with grilled catfish, not that deep fried withered up crap, but that succulent firm meat that is saturated by the smoke from the fire.

I like every bite to be exciting – outrageous amounts of raw garlic, slices of red onion, and infused with way too much chili (personal preference). I like a medium amount of lime juice in my larb pla duk, not too much so it unbalances the dish, but just enough to give it that encouraging bite of tartness.

Yes, indeed, it is the Larb Pla Duk (ลาบปลาดุก) that can make or break an Isaan restaurant for me… 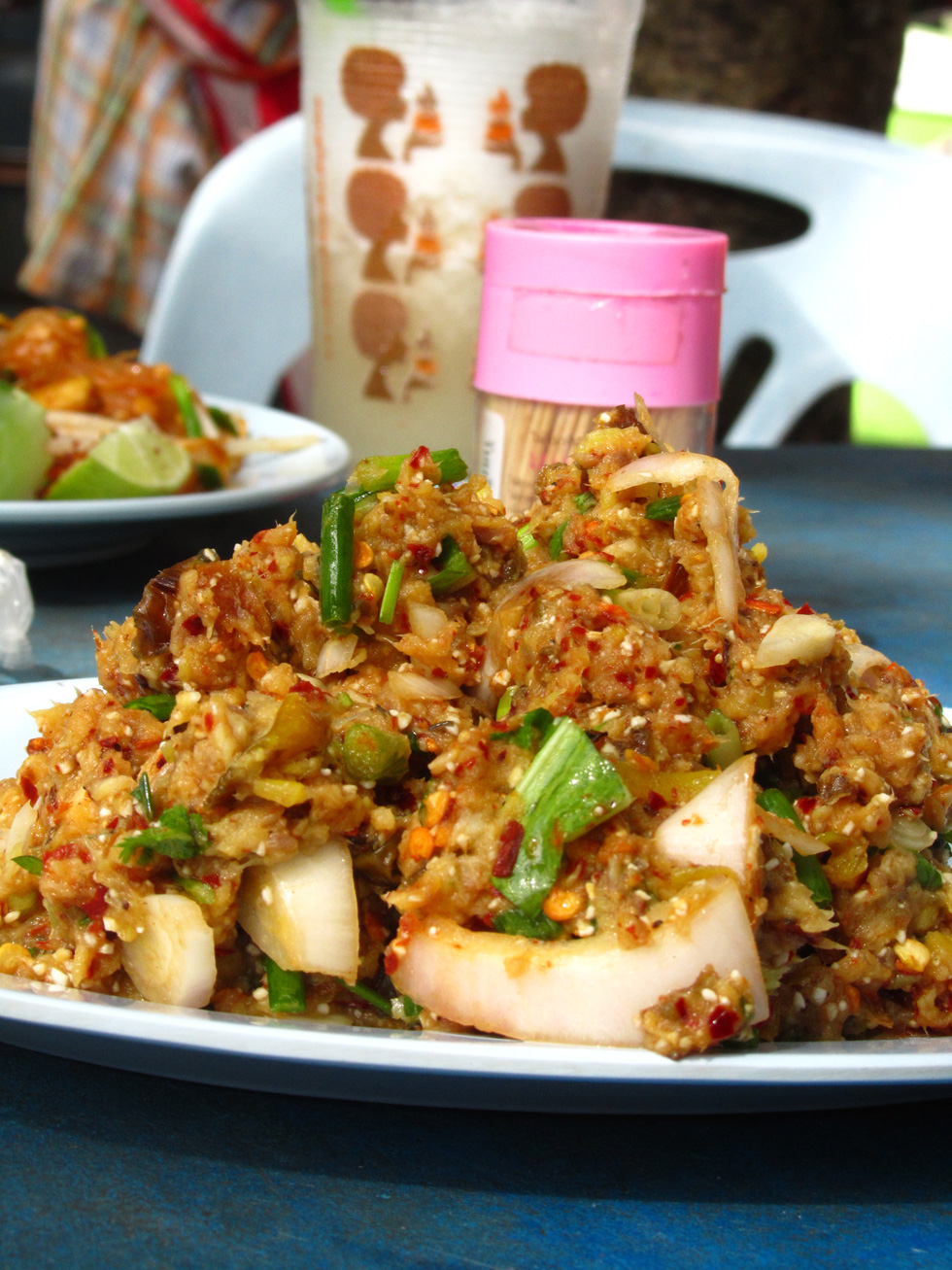