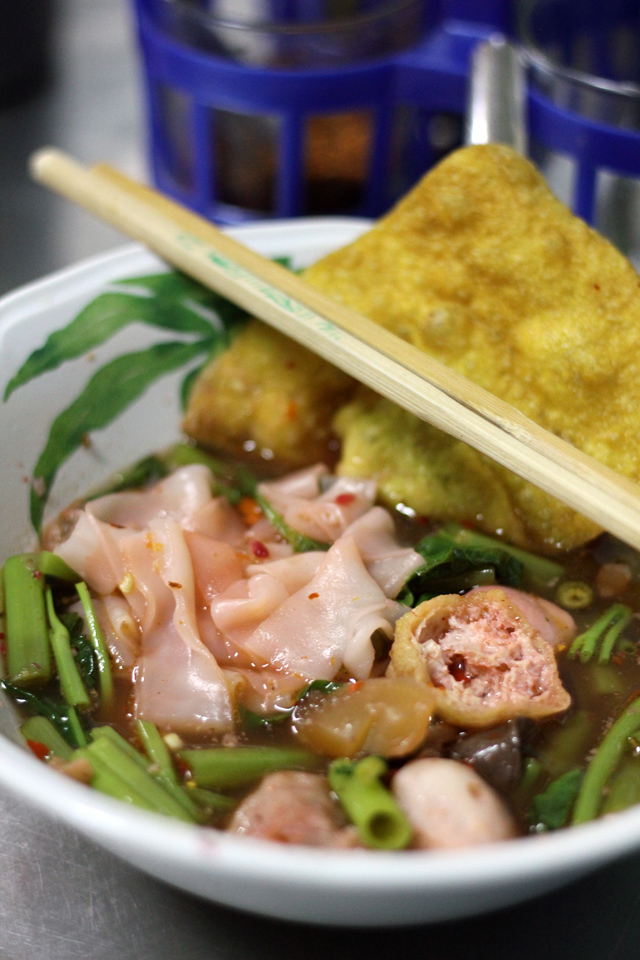 While it’s not quite as popular as boat noodles, it’s still one of the more popular local soup noodles, and retains its share of loyal connoisseurs.

While you do have the possibility to order Yen Ta Fo with a choice of different rice noodle, sen yai, the Thai wide rice noodles, are most common (and I think the best in this dish). 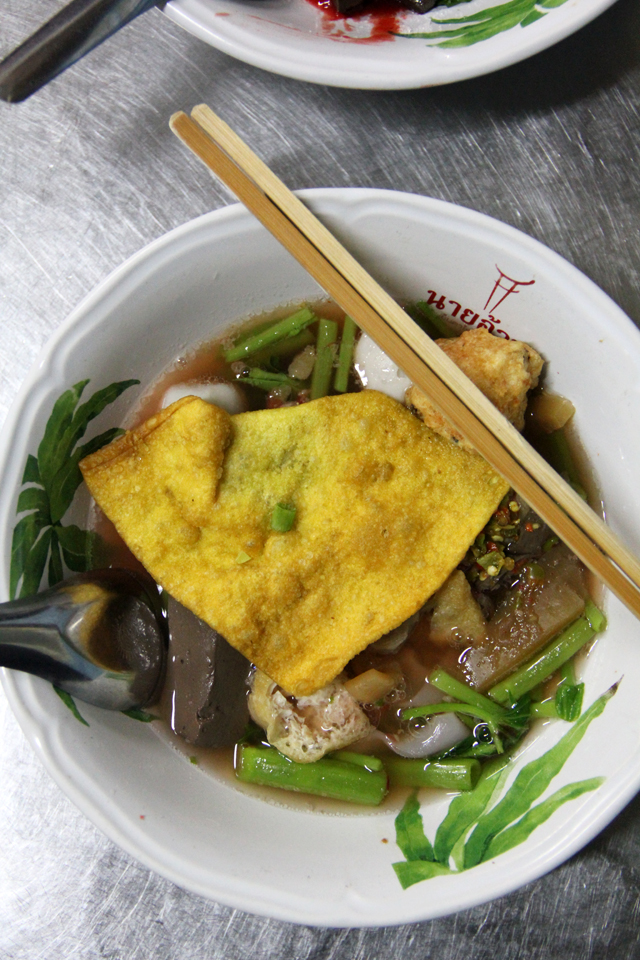 One of the best things about a bowl of Yen Ta Fo (เย็นตาโฟ) is the assortment of tasty toppings.

Chunks of pork, fish balls, slices of squid, fried tofu, slices of water morning glory, rectangles of coagulated blood, and a big crispy chip, were all floating around in this particular dish.

That’s not even including all the other flavoring ingredients like the fermented soybean paste, chillies, vinegar, fish sauce, and pepper that combined to form the flavor.

So Why Is It Pink?

The pinkness comes from the fermented soybean paste that’s added to every bowl of Yen Ta Fo.

When combined into the soup mixture, it gives a lightly sweet, almost flowery essence to the broth. Other than that, to me it still remains a mystery as to why it’s so pink.

Also, this bowl of yen ta fo was not nearly as pink as some others I’ve seen. 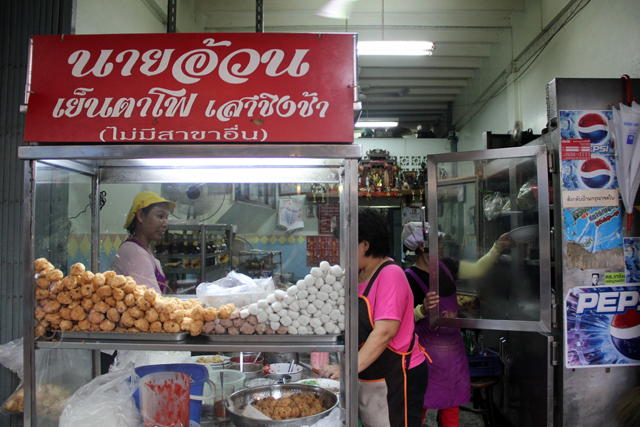 Now, be sure to watch this video so you can really see the food and the atmosphere!

This is a well known and long standing establishment in Bangkok that serves Yen Ta Fo. The noodles are excellent and even though I’m not the biggest fan of yen ta fo broth, I really liked all their high quality toppings and the fish balls in particular were wonderful.

What to Order: Get a bowl of the Sen Yai Yen Ta Fo (เส้นใหญ่เย็นตาโฟ)

Prices: A bowl of noodles is 40 THB, which is a little high for most places in Bangkok, but they are famous and located right in the heart of town.

How to Get There:

Taking a direct taxi or the local bus are the best ways to get there. The restaurant is just a few hundred meters down the road from the Giant Swing and is about a 10 minute walk from Democracy Monument.