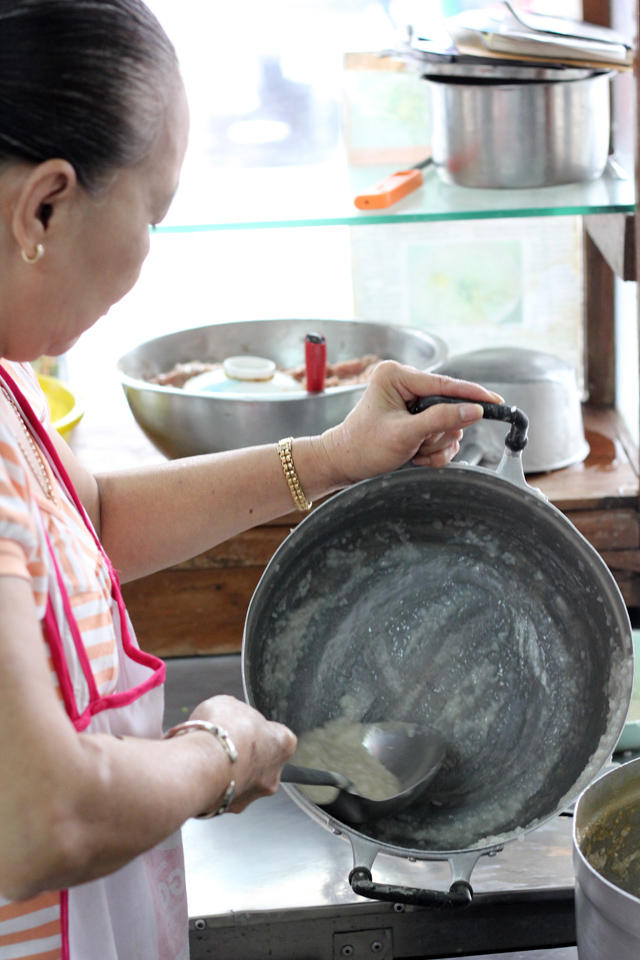 Good thing she made another fresh pot of joke as soon as we came!

Like I mentioned before in the article, Joke โจ๊ก could be considered the cornflakes and milk of Thailand. While it’s normally consumed as a morning meal, you can also find it at night as well – sort of like a late night bowl of cereal. 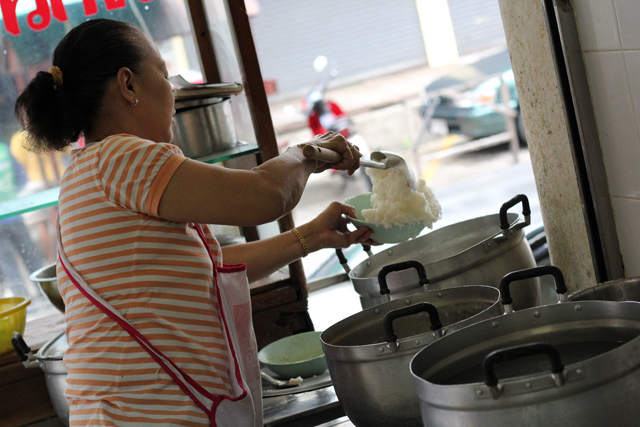 Famously made at their original location across the street from Bangkok’s Chulalongkorn University, Joke Samyan (โจ๊กสามย่าน) has since relocated to the Udom Suk neighborhood (remember that duck restaurant).

Though the atmosphere is not quite the same as it used to be, the joke is still served as it always was. 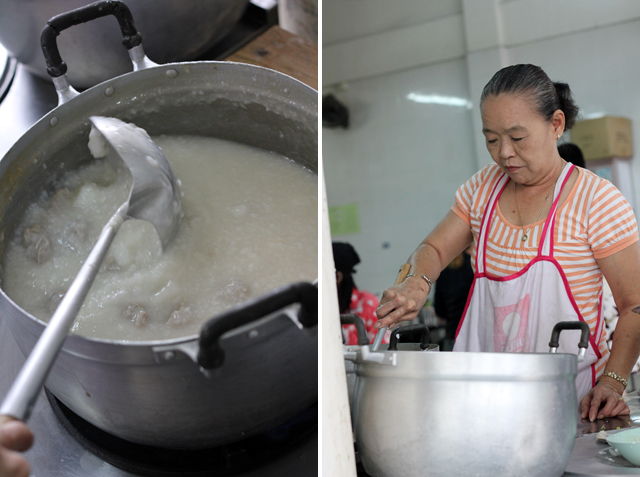 The owner and joke cook herself has quite a personality with some serious congee cheffing expertise. 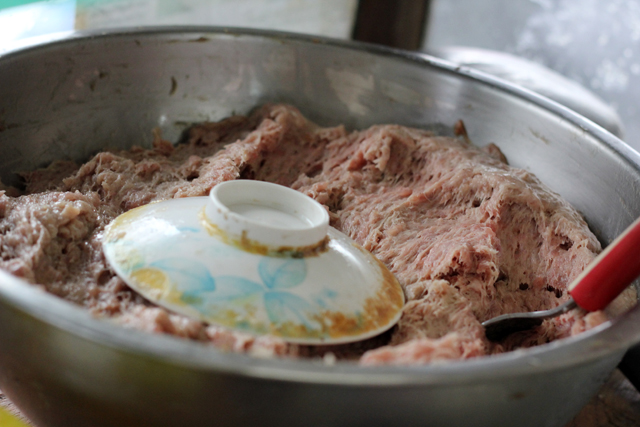 Joke normally includes pork meat balls that are very lightly seasoned. A lump of minced pork is divvied into bite sized meatballs and boiled in water before being added to the larger pot of bubbling rice porridge. 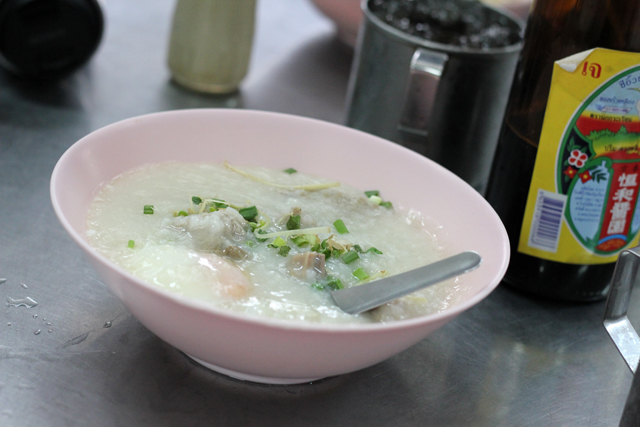 I ordered the special version including pork meatballs, a few slices of liver and also what I consider of utmost importance in any bowl of joke: an egg.

The joke must be just the right temerature when the egg is plopped into the bowl – not too cool so the white doesn’t cook, but not too hot as to over-cook the yolk.

No mistakes at Joke Samyan (โจ๊กสามย่าน), whose hands have served more bowls of joke to hungry students than anyone could ever possibly count. 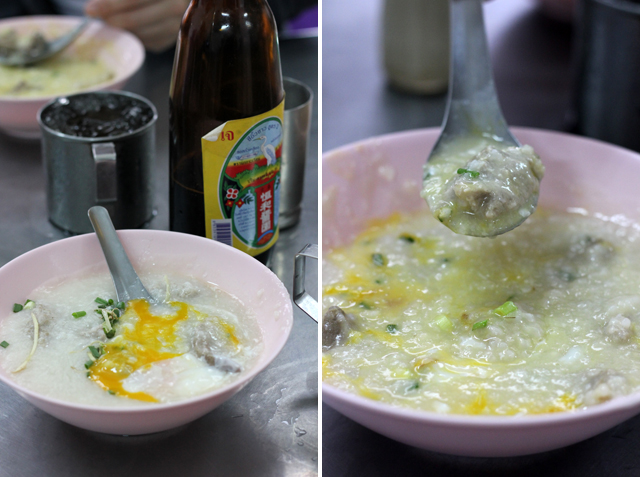 Joke would be nothing without the addition of the egg

The breaking of the yolk, a dash of pepper, and a splash of soy sauce made my breakfast complete and I was ready to dig in. The joke was soothing, a breakfast that was non-spicy, lightly salty, and pretty good.

Great Joke porridge on a day when you’re looking for something soothing to ease the stomach.

Take the BTS to Udom Suk station, exit to Sukhumvit Soi 103, walk down the street until you reach Soi 9 (about 500 meters or so), make a left and the restaurant will be on your right hand side 4 buildings down.