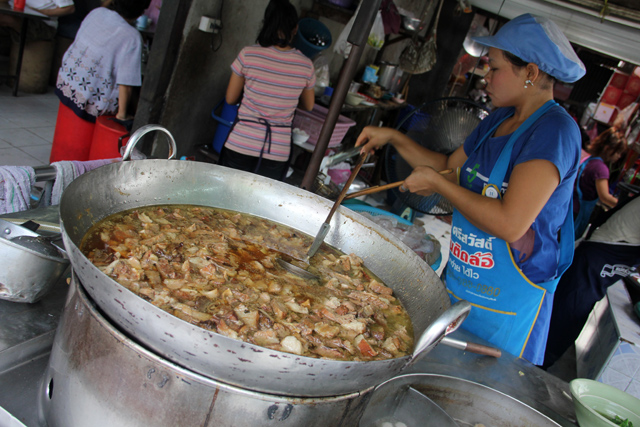 Isn’t that beautiful (I’m talking about the meat)?

Few things are as attractive as a slow simmering vessel of meat greeting you at the front of a restaurant.

While beef isn’t nearly as common in Bangkok as pork (and pork is normally better quality), there are a quite a few hole in the wall places that serve brilliant beef noodles.

But being far from Victory Monument, on Udom Suk Road, I stopped at Racha Neua Toon (ราชาเนื้อตุ๋น), a neighborhood popular set of stalls famous for beef noodles. 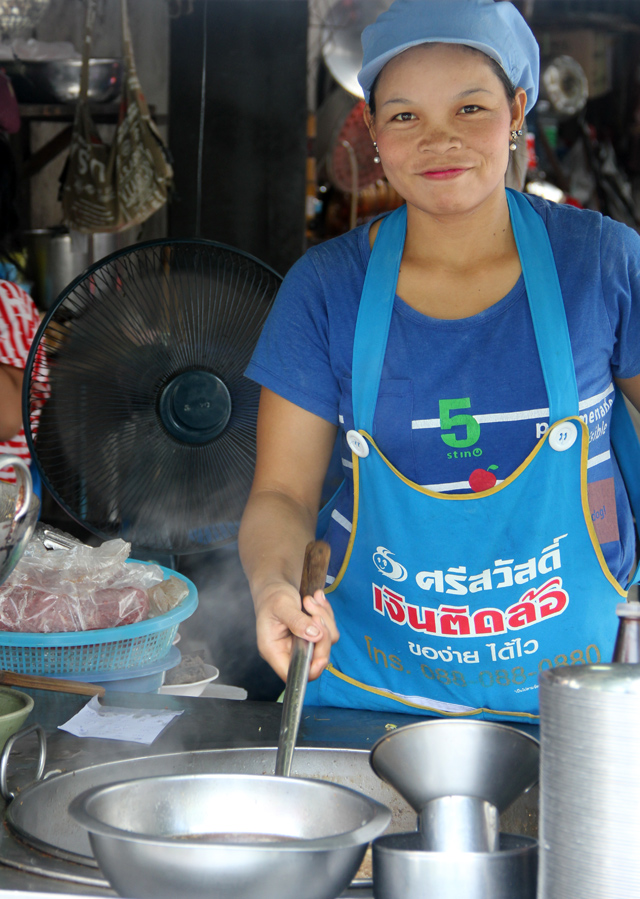 It’s always nice when you visit a restaurant and despite the staff being busy with hungry customers, they still take the time to greet you and smile. 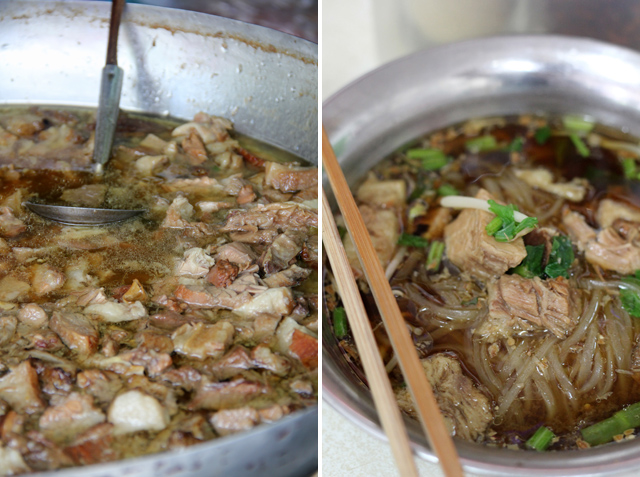 With plans to visit another restaurant in the vicinity right after eating the beef noodles, I only ordered the normal bowl of Kuay Teow Neua Toon (ก๋วยเตี๋ยวเนื้อตุ๋น), not the larger special known as piseid (พิเศษ).

But after taking my first slurp, I wish I had gotten the larger portion.

Like any other noodle restaurant in Thailand, the rice noodles were blanched in boiling water along with bean sprouts and a few pieces of morning glory before being tossed in the bowl.

Thumb-sized chunks of beef were strained and placed on top of the noodles. 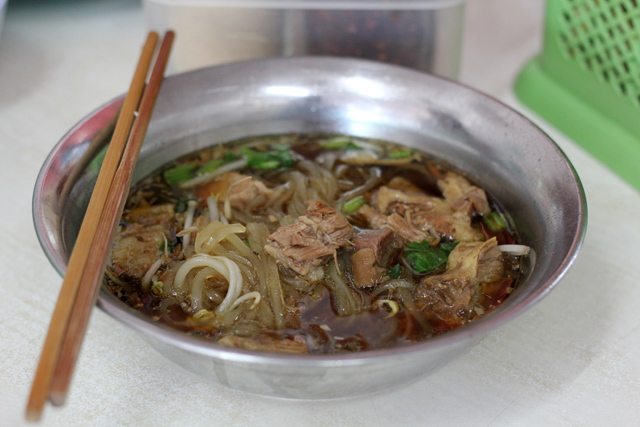 There was a lovely layer of oil floating on top of the noodles, surely the secret which made them taste so exceptionally good.

The noodles were soft but not overcooked, the bean sprouts were parboiled and still crisp. A few spoons of chili flakes and roasted chili sauce made things even better. 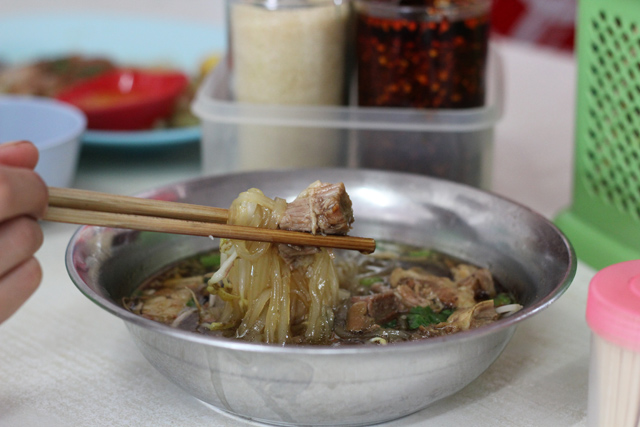 Getting ready to slurp these down!

The concentrated liquid in the slow simmering cauldron of beef chunks at the front of the restaurant ensured that soup was intensely beefy.

I wouldn’t be surprised if that pot of beef was like an Olympic torch, the fire never being extinguished, but more beef inserted daily. 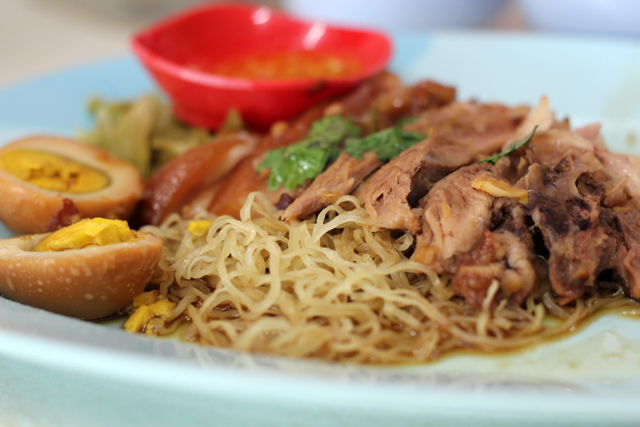 For those that don’t eat beef, the restaurant also has a cart set up with kaa moo (tender pork) which is normally served over rice.

Something I had never seen before was ba mee haeng kaa moo (บะหมี่แห้งขาหมู), so we had no choice but to satisfy our curiosity. It was alright, nothing special, just tender pork over a bed of dry egg noodles.

The beef noodles were far superior. 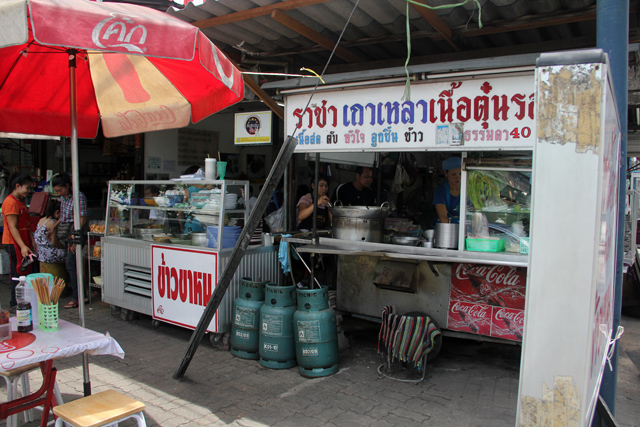 There’s an everlasting supply of noodle stands throughout Bangkok, so it’s probably not worth it to make the trek all the way out to Udom Suk just to eat noodles.

However, if you are in the area or even if you are up for a food adventure and need a little protein in your system, the beef noodles at Racha Neua Toon (ราชาเนื้อตุ๋น) won’t let you down.

How to Get There:

The restaurant is on Sukhumvit 103, and then down to Soi 25. You can take the BTS to Udom Suk Station, but it’s quite a walk from there, probably 20 minutes or so. If you’re not into walking you may want to either hop in a cab or take a motorbike.