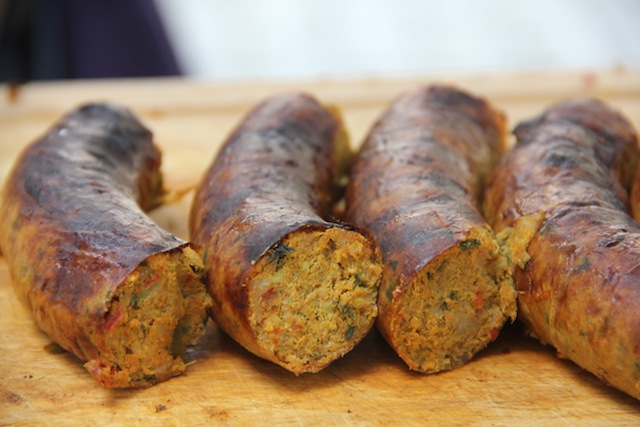 FACT: The world’s best cities for eating have such food-tastic reputations because they combine well made food with community.

Community is a powerful thing.

Last Sunday about two hundred Bangkok’s foodies came out to grub and mingle together at our first Big Bite Bangkok.

We didn’t know how many people to expect and had the turnout been disappointing, Mark and I were prepared to make the ultimate sacrifice and finish all the food ourselves.

Instead, so many people came to the market— we barely had a chance to stop talking and try all the rapidly disappearing food. 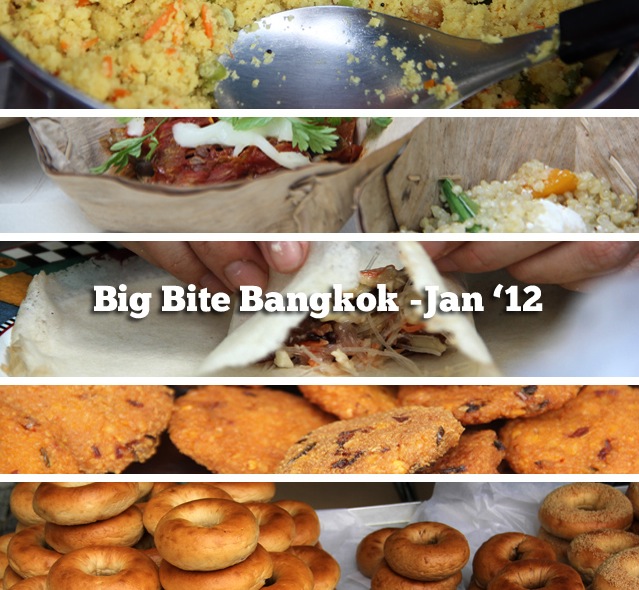 The idea for the event came from the popularity of curbside street cart fairs in major cities around the world. Similarly, Big Bite aimed to deliver delicious and meticulously made food to a Bangkok community ready to gawk, grub, share and repeat the process.

While perfecting the gawk-grub-share habit over dinner with Bangkok Glutton (on our list of Top Thai Food Blogs to Watch in 2012), she offered to co-host the event and finally put the ideas we had into motion. In addition to planning she even managed her own booth, throwing her family’s recipe for spicy Northern Thai sausage into buns to create a tasty Thai style hot dog.

Beyond the renown ‘Thai hot dogs’ in the video and pictures from Big Bite Bangkok you’ll see there were healthy and unhealthy, Thai-inspired and foreign options at Big Bite. All of the food was available to sample for FREE and you could buy bigger portions to take home if you wanted (sidenote: unseen here are the homemade spiced beer and the smoked ham which were swarmed by attendees).

In return for the bevy of free sampling, the foodies who attended made donations, raising a total of $850 for charity in just three hours of relentless nibbling.

BUT we hope to host the event again in the future, so join the Eating Thai Food Facebook page to make sure you’re invited to the next one!

Thanks for being part of our community.