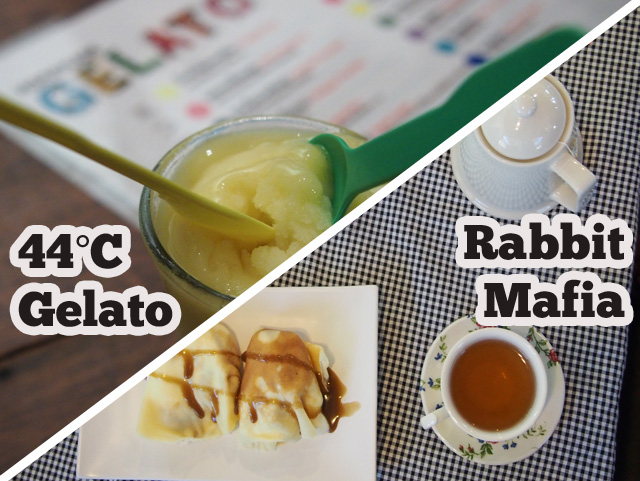 Curries and soups aren’t the only thing the Rayong-nese like sweet. Here’s two spots that let us have a peek into their operations dishing out diabetes and heat relief in the quiet city of Rayong, east of Bangkok.

These two places are in very different locations and have two very different styles — but BOTH make great after meal stops as you’re exploring Rayong’s restaurant scene. 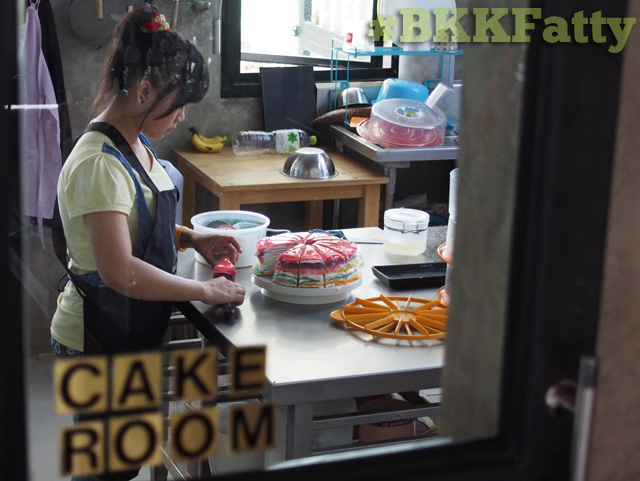 The first was a post-lunch stop at Rabbit Mafia a shop with tea, coffee, and all kinds of pastries. 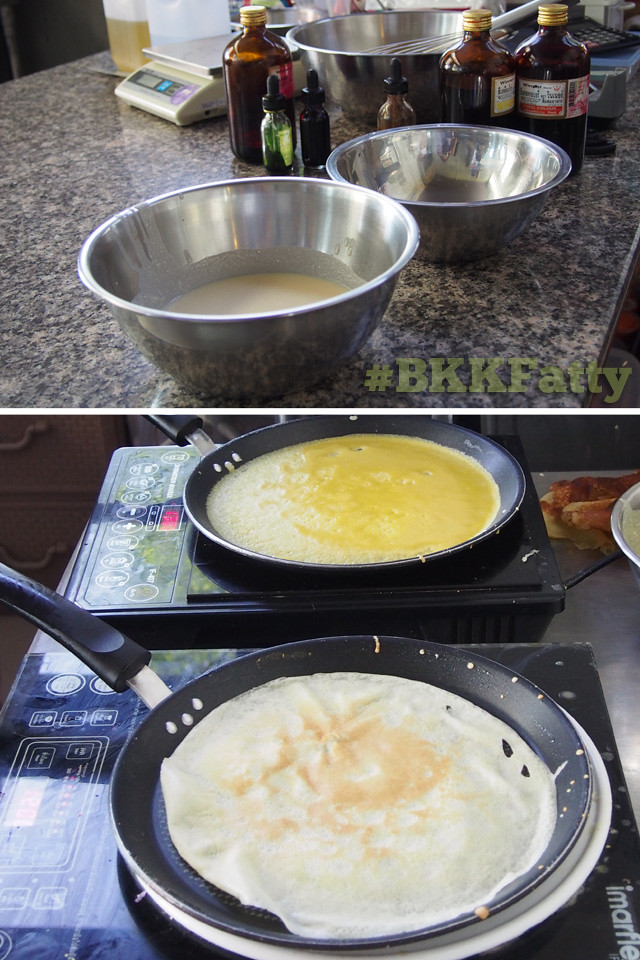 Honestly, I wasn’t even hungry. But owner and mafia boss ‘Kra-tai‘ (which means rabbit) welcomed us and let us be nosy in the cake room where they where making all of the desserts. 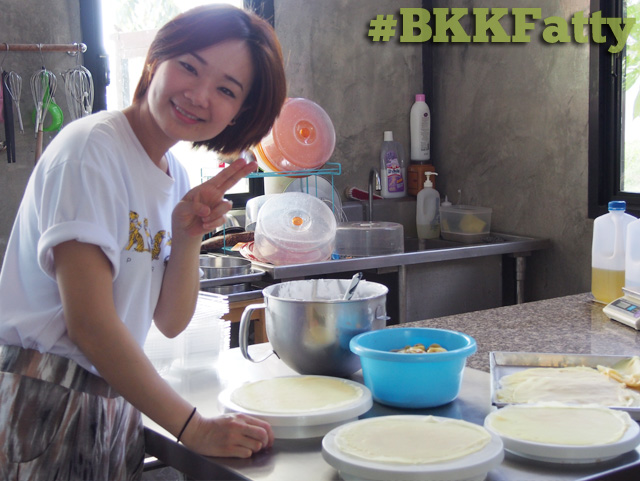 Luck would have it that when we arrived, they had just begun making more banana caramel crepes. 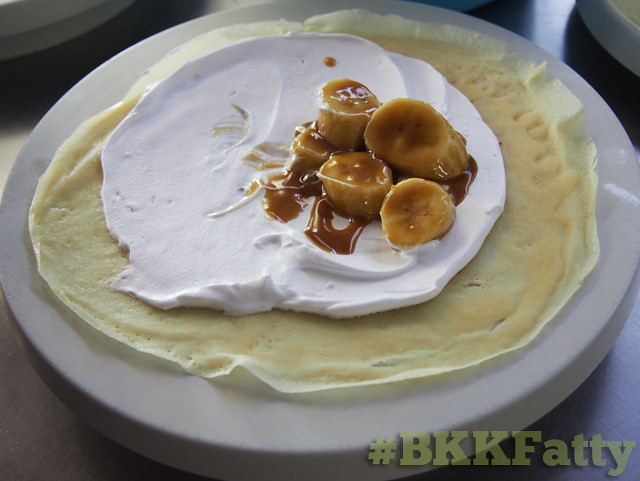 Even after having a GIANT lunch, watching them make these helped me recover quickly. 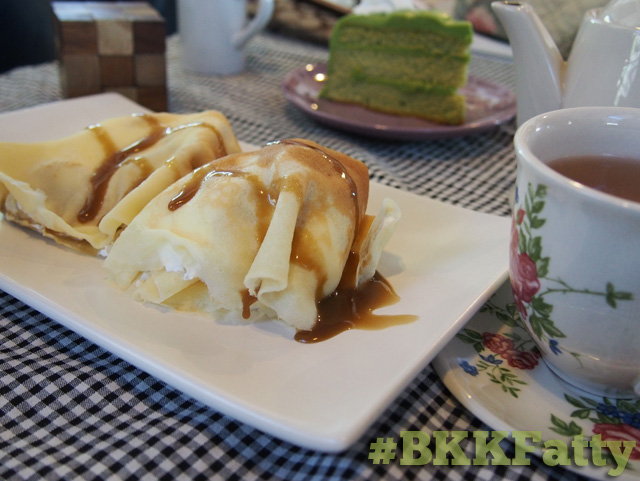 A few other things you should know about the Rabbit Mafia spot is there’s free wifi and it’s connected to a giant, open air noodle shop. This may be the middle of nowhere, but it’s still nice you can have a beer and noodles or pork sticks and cakes all in the same spot. 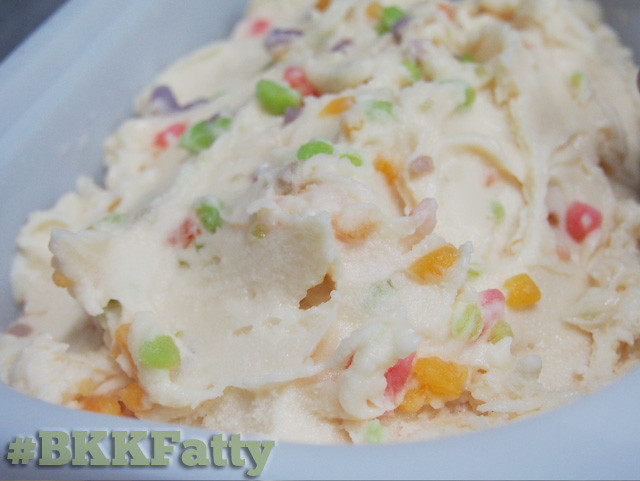 Funky Flavors: ‘Yakult Pepo’ Gelato right out of the freezer

The first thing that popped into my mind was the name of this place— What the heck does 44 degrees have to do with gelato? 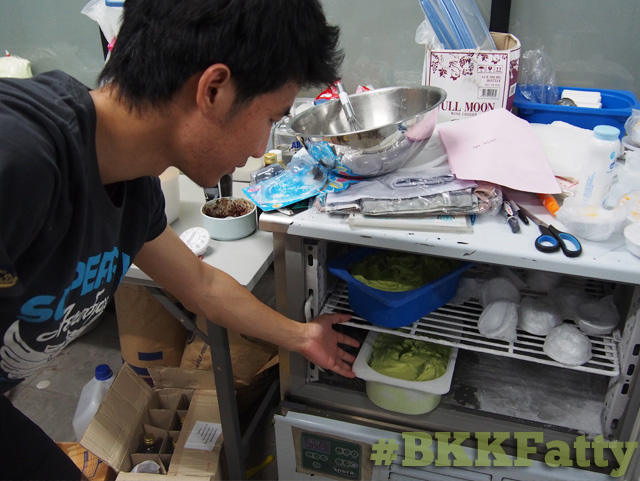 We hung out with Zeen, who didn’t need to remind us that chilled snacks are a gift from God in a country like Thailand where the temperature and the humidity make it feel like 44 degrees celsius ( or 110+ Fahrenheit) on a regular basis! 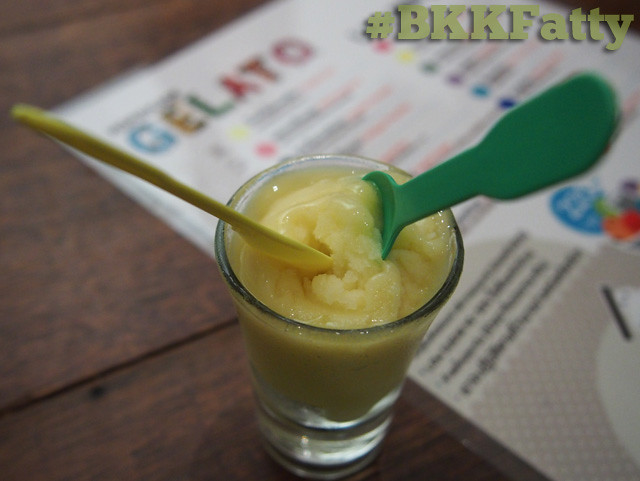 That kinda heat will kill ya man. So what better excuse to indulge in gelato than self-preservation? 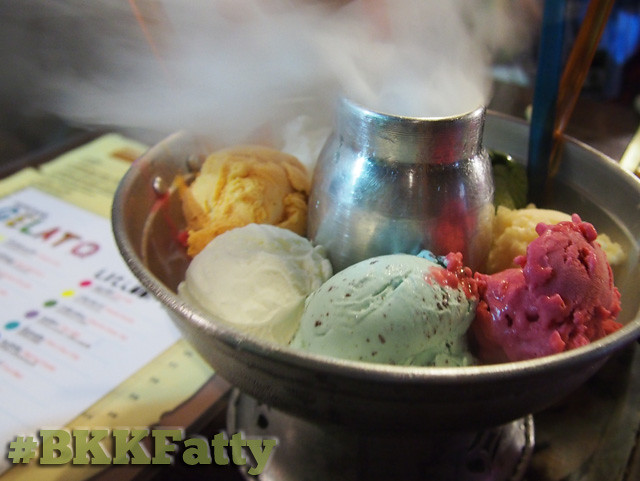 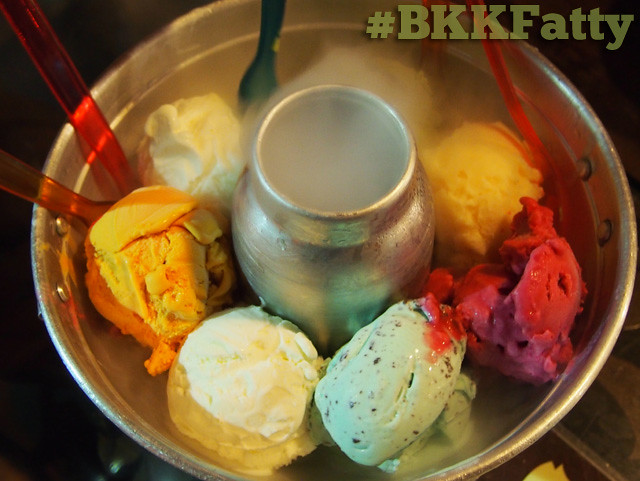 You’ll need some friends to help you dish all seven scoops in your mouth before they melt.

Inspired by Bangkok’s Tongue Fun Ice Cream, Zeen and his team have lined up some funky alcohol-infused flavors which are always selling out like Fruit Beer, Red Bull Vodka, and Rum Raisin. And, of course, similarly they offer scoops of gelato in a ‘moh fai’ pot that we’re so used to being teeming with boiling hot Thai soups instead of freezing sweets. 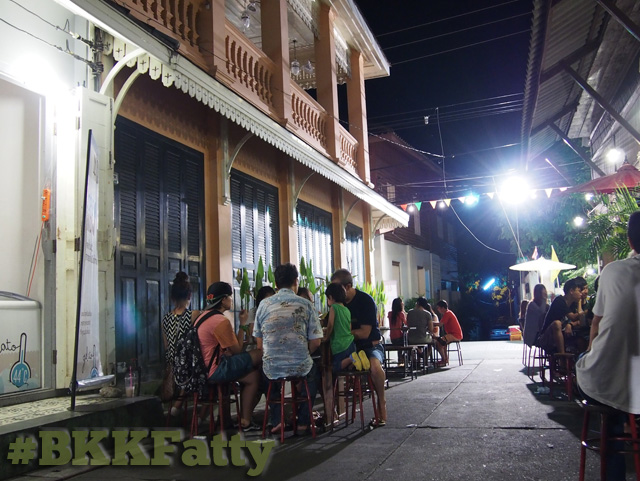 Gelato 44 Degrees is located in the old town part of Rayong and they’re a fun last stop if you’ve been sweating it out in Rayong’s markets most of the day!

If sweets aren’t your style, don’t worry because there’s a ton of food from Rayong we’ll be featuring too. And if you do happen to love ’em the map’s below (Note: both shops are among the almost 50 restaurants on the Bkkfatty Rayong restaurant list).