Behind the Scenes Eye Candy from the Now Closed Bed Supperclub 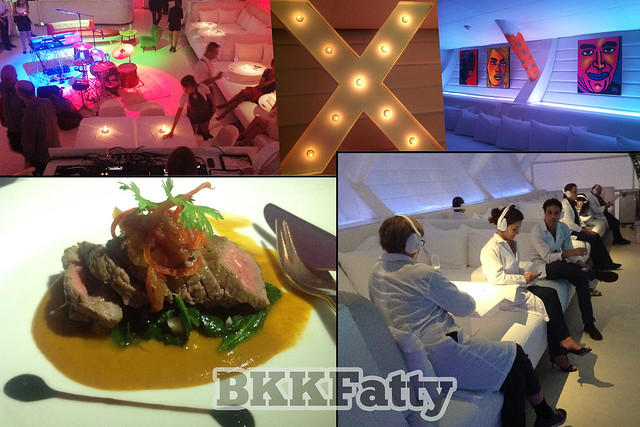 Musical performances, dinner theatre, art shows and even a scene from the X-Files. 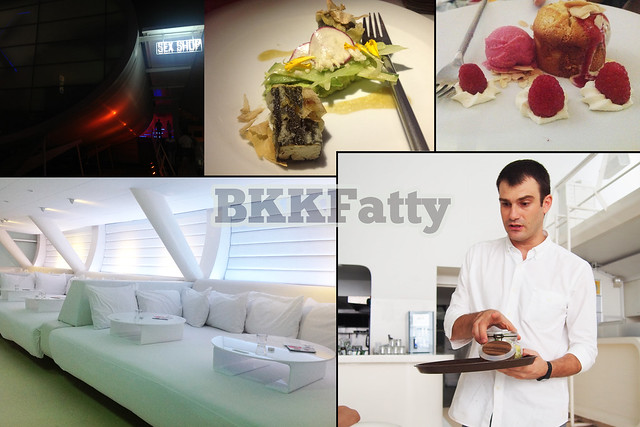 That’s it, no more dining and partying in bed!

I was recently interviewed about Bangkok’s most bizarre restaurants and it reminded me that one of the city’s original bizarre dining institutions, Bed Supperclub, closed it’s doors this past weekend. 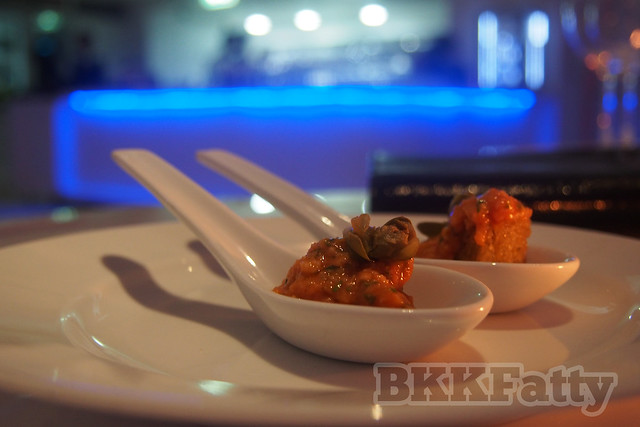 Amuse bouches and sparkling wine to prepare the palate for dining in bed. 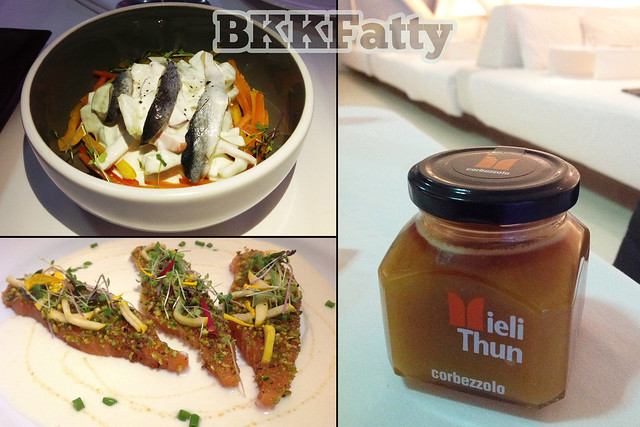 Gourmet Italian honey and test dishes for the Savour the Honey dinner theme.

For over 10 years the club was an infamous partying destination, mostly known for it’s spaceship like design, elaborate shows and bashes enjoyed from giant beds. 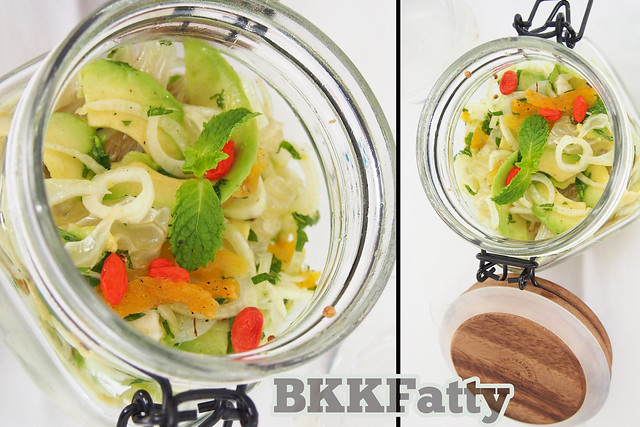 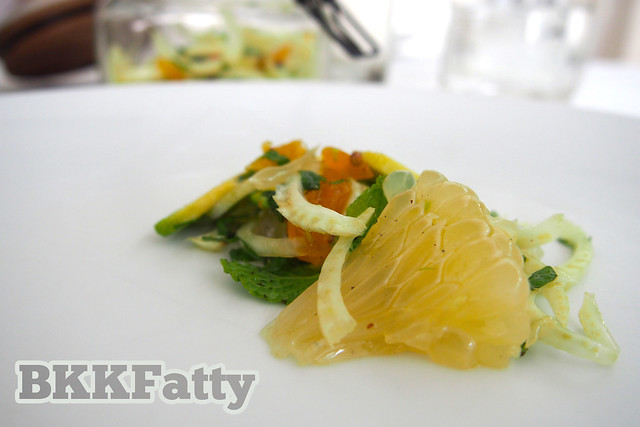 A swipe of the grapefruit salad on a plate.

I spent some time there over the past year and realized I had accumulated a ton of photos from tastings and special events.

So here’s some eye candy for you to give you an idea of what eating at Bed Supperclub was like if you had never visited. 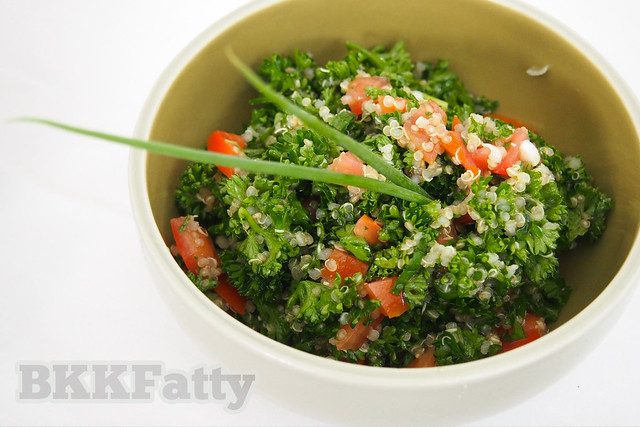 Raw quinoa tabulee, which was later plated in the jar container used for the grapefruit salad above.

Now it wasn’t in my regular duties, but I had a few chances to pop behind the scenes for food tastings. This usually happened before a new menu was released. The menu changed monthly to cover different dinner themes and dining phenomenons, for example, raw food or their interpretation of the French verrine trend of presenting food in a glass.

Since their dinner shows also changed each month, depending on when you visited you could have had very different experiences in the same place.

Guilty Sidenote: One constant was the Wat Po trained masseurs in karate outfits whose job was to crawl up into the beds and give you an awesome massage before or during dinner. I enjoyed those massages so much, I usually felt guilty afterwards. 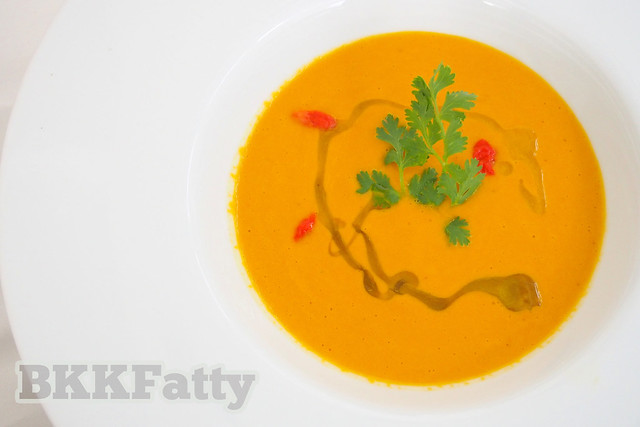 Tastings usually happened with a few of the staff and the chef would take the feedback on the taste, presentation, and concept and tweak the dishes before the special menus launched.

I only had a chance to join a handful of these, but glad I got a seat at the table when I did. 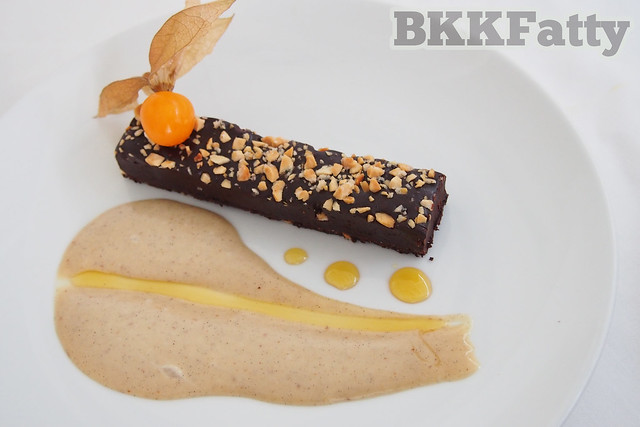 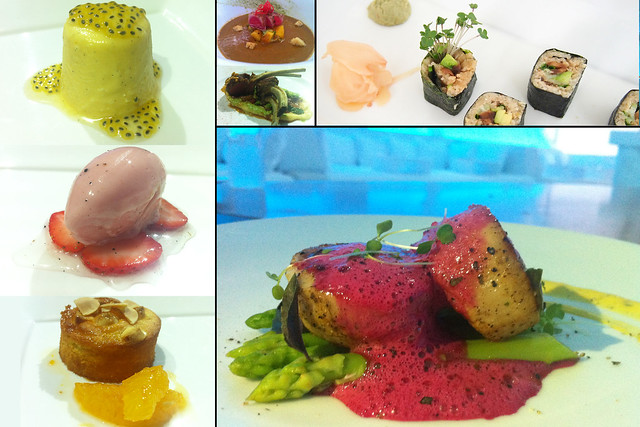 I was impressed at how much effort and experimentation went into creating new dishes which were changing all the time.

And it was fascinating to be in briefly to experience their regular, ritual process of critiquing a dish until it’s as close to perfection as possible before guests had a chance to taste.

Some of the dishes I’ve included photos of here, may have never made it to dinner tables. 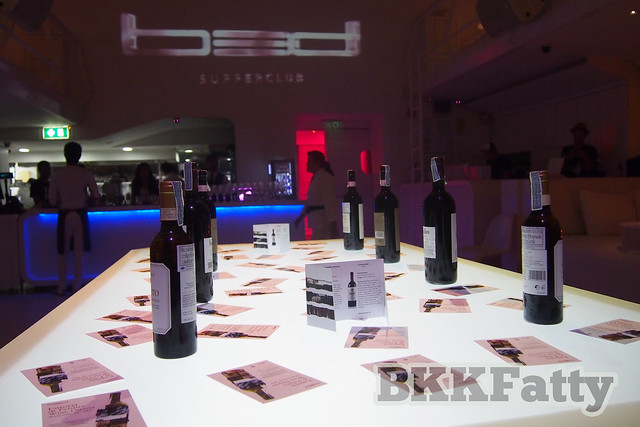 As a rule, management was super strict about sharing photos and usually hired a professional photographer for their teaser posters and advertisements.

Still, I showed up to tastings with my camera.

It came in handy too, especially after I was scolded once for face diving into a bowl of mango gazpacho haha— so I guess carrying the camera and shooting the food helped me to (momentarily) pace myself and gave the others a chance to taste the food too. 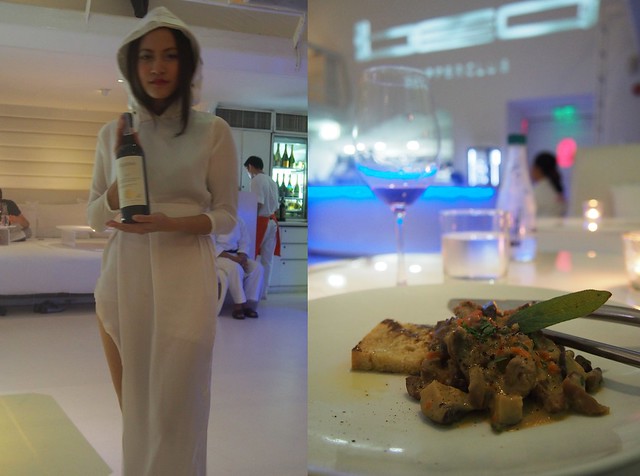 Dinner starts with chicken giblets fricassée with roasted bread and the first glass of wine.

In hindsight, I’m glad I did because you won’t find many blogs with good photos from Bed Supperclub. I think that’s largely because during dinner there’s was always a performance where the middle of the room became the stage.

While lighting was fixed center stage, your table in the middle of the bed was usually only illuminated by candles. 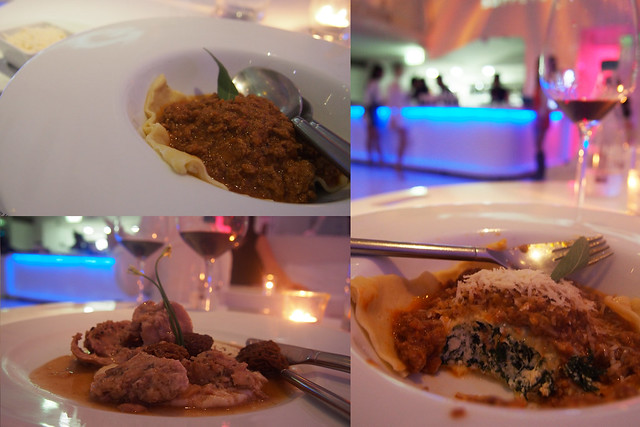 Pasta filled with spinach and ricotta and covered in a rich meat ragout and a final course of braised, stuffed free range rabbit served au jus with white polenta.

Of course, since the normal price of dinner is more than my typical meal out on the city, I definitely wouldn’t have tasted so many things on my own.

For example, the last dinner I had there was a special wine event with Tuscan food and a series of Fattoria di Felsina wines (tasty and expensive Italian wines) and cost about $100 including everything.

I know some people will hear that and quip, “Dude you’re nuts.” 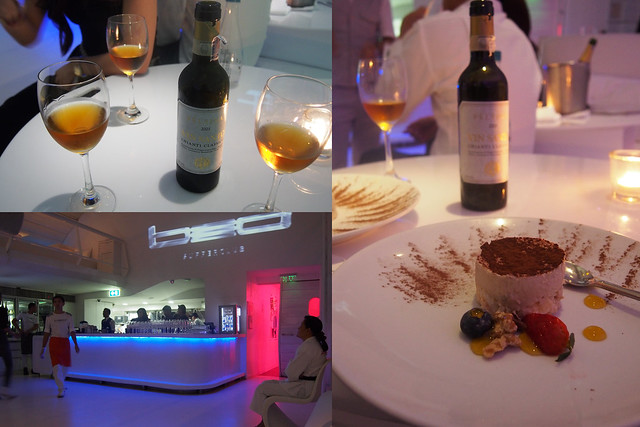 For your sweet sipping tooth. 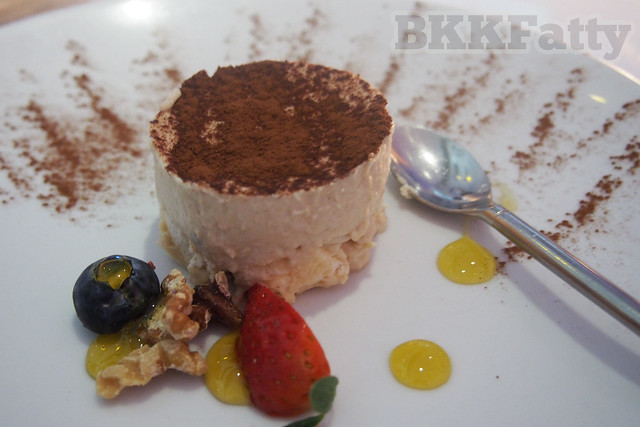 To me those responses typify people’s polarized experiences of Bed Supperclub.

People I spoke with also usually, for better or worse, had a tough time differentiating their dinner and their nightclub experiences here.

I won’t try here, but it’s worth evoking that narrow island between WTF and AWESOME, right?

Well, that once lonely strip was Bed Supperclub territory. And ten years on, that narrow island has expanded and ceased to be so scarcely populated. From plush to gimmicky, minimalist and outlandish, the Bangkok restaurant scene is anything, but boring. And for that, I’m appreciative of my time in Bed.