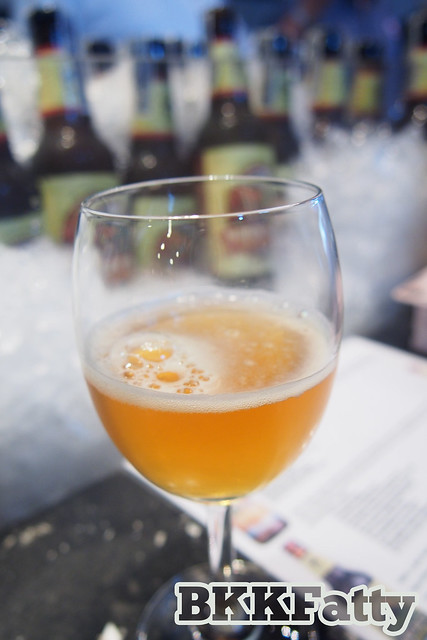 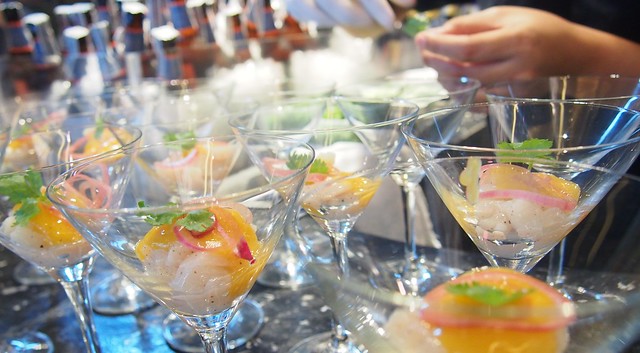 Doesn’t it always seem that when you’re invited to comment in depth on something or ponder some existential quandary — that you’re always asked while you’re shoving food into your face?

Maybe that’s just me, but I think it’s kinda rude.

Nope, no sir, I’ll never get used to it. 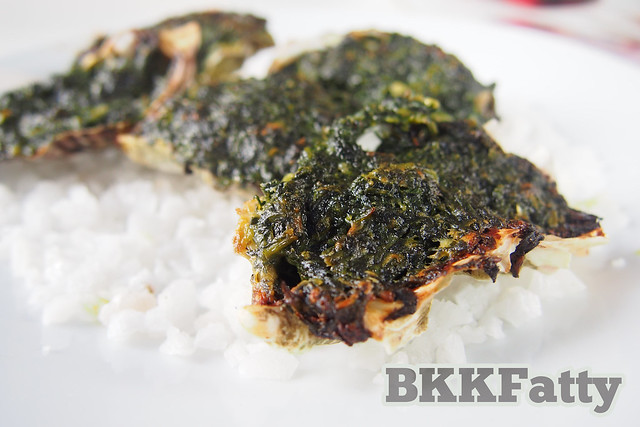 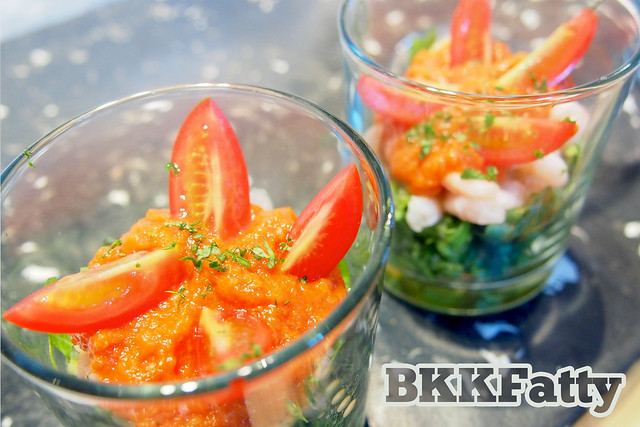 So whilst I was double-fisting over the weekend, my left hand catapulting crabby patties spongebob style and doing constant craft beer bicep curls with my right hand, I was abruptly asked, “So are you here for the beer?” 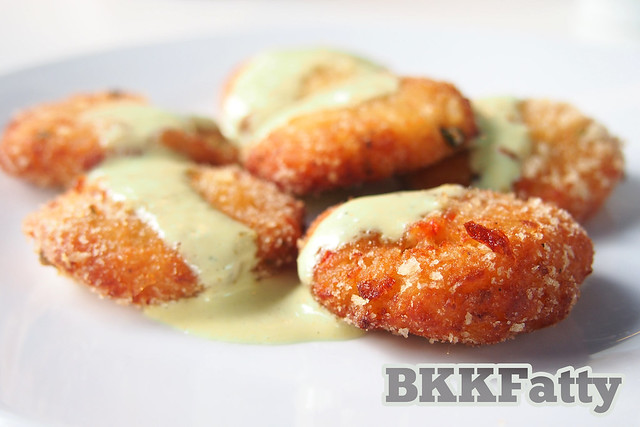 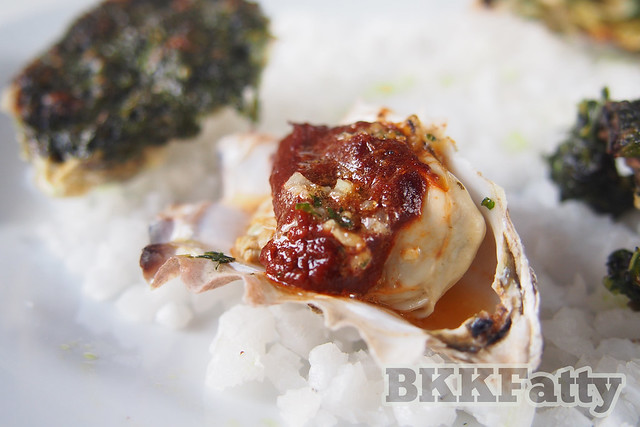 An Oyster with Chipotle Sauce

Luckily, the telepathic distress signals worked and someone in the group chimed in, “Both.” 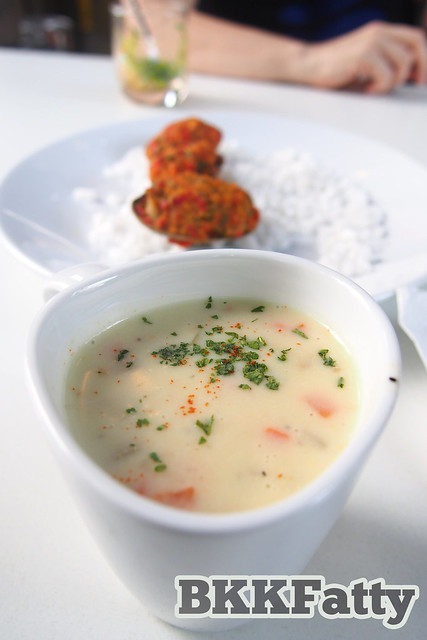 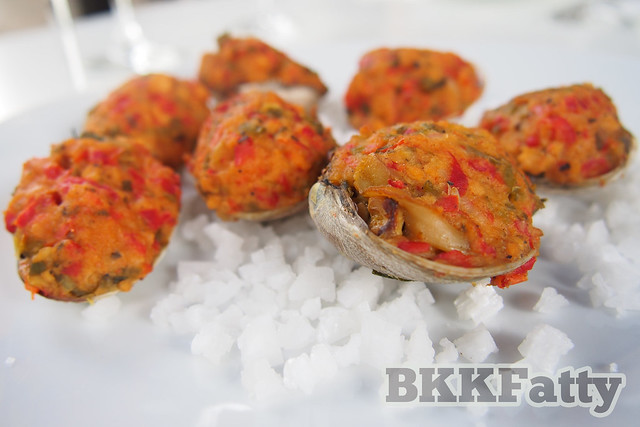 Was it ironic and I should be immediately engage the man in an oyster shoveling death-duel to defend my honor?

Or was it friendly and I needed to let my guard down for the man overly curious about four friends so focused on ‘the mission’, that we hadn’t noticed the silence?

I don’t know, but thank the stars I wasn’t forced to stop chewing, nor decide on a favorite limb. 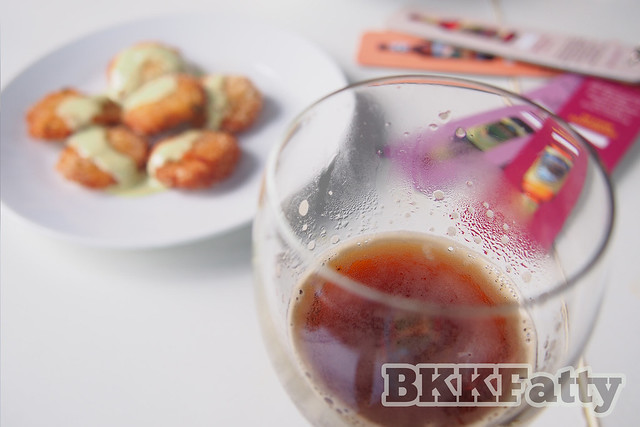 No. It was Saturday and no difficult decisions should be made.

Which is precisely why I spent the afternoon at Oyster Bar where Beervana was hosting the launch of a well known Oregon craft beer brand, Deschutes.

Profound since, it seemed only yesterday that craft beer had arrived and because these beers aren’t yet widely available yet. 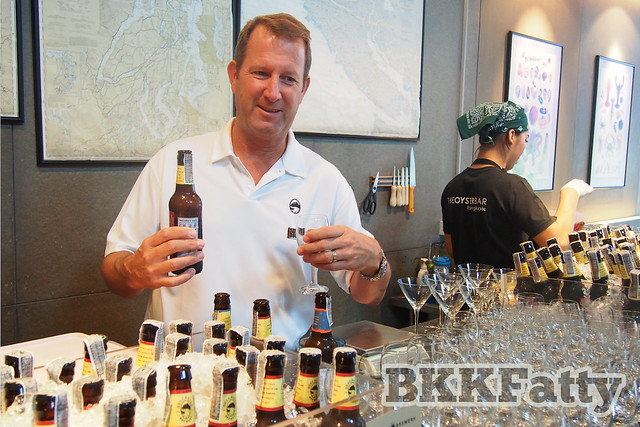 So believe it or not, Bangkok is a few steps ahead of other cities outside North America and even some places like New York.

Note: Deschutes is a well known in the craft brew world, especially after bringing home the 2012 Best Beer Award for their Northwest Pale Ale (not available here yet, but fingers crossed). 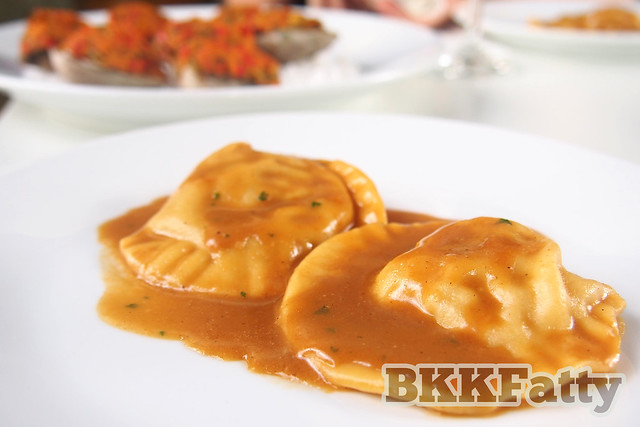 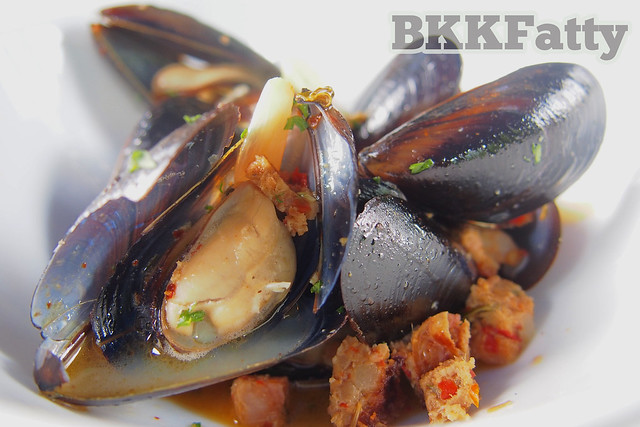 They’re all incredibly easy to drink and I think in addition to seafood they’ll make a good match with all kinds of Thai food, including the spicier stuff.

They’re all light ales, not overly carbonated and even the Black Butte Porter which you would assume to be a bit heavier went down quite smooth.

For starters though, I’d recommend grabbing the blonde (Chainbreaker White IPA) and the redhead (Twilight Summer Ale) on a chill day with something spicy you love to eat. These were great with the casino baked oysters and the spice from the sai oua at the bottom of the Penn Cove mussels.

But before you get too comfortable, be sure you’ve found a place to munch where you’ll be safe from any rigorous questioning. 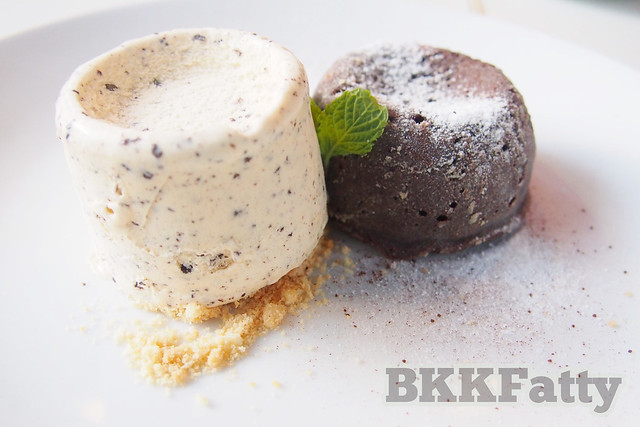 This ice cream with this rich, chocolate fondant was blah, but desserts here are normally tasty.

Tasty sustainable seafood and beer that’s way too easy to drink. If you’re a craft beer lover and love the mid build to heftier beers like Dead Guy Ale, these are normally on the menu at Oyster Bar anyway.

Oyster bar is great for their seafood platters and fish dishes. They used to have another location nearer to my neighborhood called Seafood Bar which was recently closed. The fish is high quality and more expensive than what you’d expect to pay at an average seafood place (no farmed fish is sold here) so keep that in mind and check out the sample menu on their website.

I prefer their fresh clams to the baked ones, but admit the baked casino and Rockefeller oysters went well with the beer (didn’t care much for the chipotle ones). The ice cream with the fondant I was served was pretty lame, but I’ll overlook that since I’ve been here before and had great desserts.

Check out the Beervana site to find a full list of restaurants where you can try the new beers or to join their Craft Beer Club. For Oyster Bar, we’ve provided the details below. 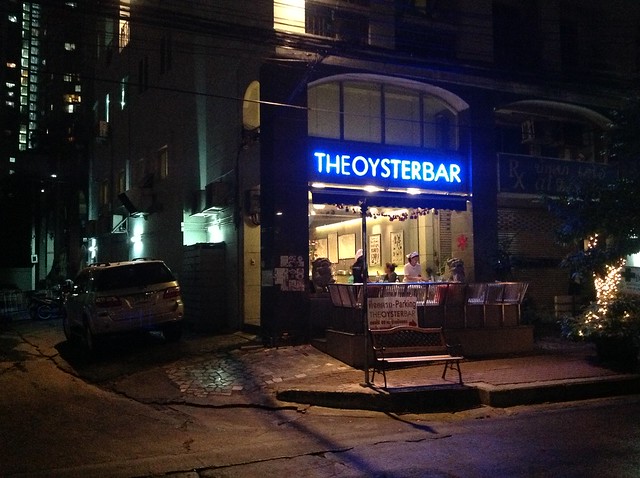 How to Get to Oyster Bar:

Oyster Bar is located in Narathiwat Soi 24 (also commonly known as Satu Pradit Soi 19) past the Chatrium Hotel, across from Bangkok Gardens Condominium. You can BTS to Chong Nonsi and taxi over to Narathiwas 24. Avoid the high traffic times though or this it’s a pain. You can also take the BRT bus to get you closer if you want to come by public transportation. Because it out of the way I normally take a taxi the entire way. Find the map below and have the restaurant’s phone number ready incase you get turned around.